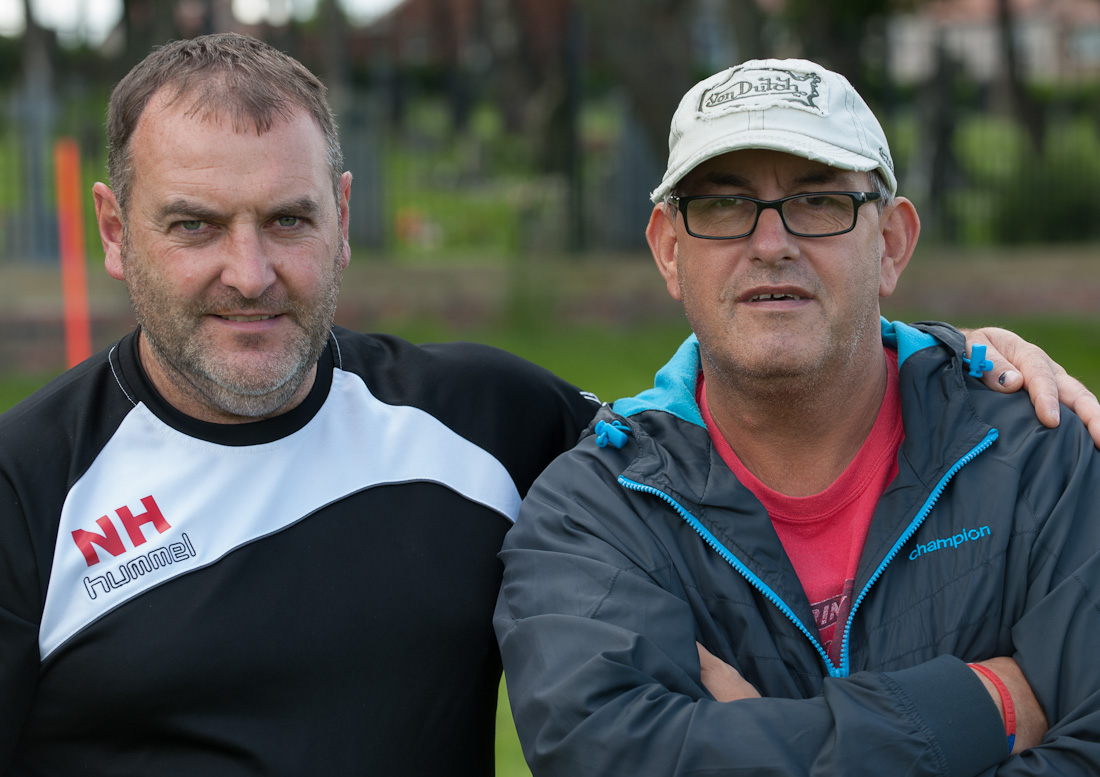 Manager Neil Hixon with Steve Grazier who has joined RCA as chief scout. Steve, from Hartlepool, has 15 years experience of the Northern League.

Pre-season started today. It was great to see Neil, Carl, George and Ian putting the lads through their paces. I guess the gadgie over in the cemetery will have been watching and he'll soon be giving you his thoughts, assuming he can stir himself. A warn welcome to the new lads who were there today: Andrew Appleby, Jordan Fraser, David Southern, David Gordon and Richard Archer. Click here to see the jumps - didn't realise George had a cruel streak!

We have arranged a pre-season friendly away to Esh Winning for this Friday, 13 July, 7:30pm kick off. Esh Winning's ground is at West Terrace, Waterhouses, Esh Winning, County Durham. DH7 9BQ.

Manager Neil Hixon has made another signing for the coming campaign and it's a big one: central midfielder Mark Hudson, who played for West Auckland in last season's FA Vase, joins us. Mark was a pro footballer for 13 years with Middlesbrough, Chesterfield and Huddersfield. Welcome to RCA Mark.

Please note the following changes to our pre-season fixtures: The match against Birtley Town on 24th July 2012 has been cancelled due to problems with the Birtley pitch. There is an additional pre-season fixture included, we will entertain Long Eaton United from Nottingham on Saturday, 28 July 2012. kick off 3.00pm at Meadow Park.

The friendly scheduled for tonight against Peterlee FC has been cancelled.

Thank you very much

The club would like to thank Petershill FC for their tremendous welcome and exceptional hospitality last Saturday.

Best wishes for the coming season: one place higher than last!

Welcome to Sean and Aristote

The club are very pleased to announce the signing of two centre forwards, both of who played in tonight's friendly at Sunderland West End.

Aristote Guerin-Lokonga played with Newcastle Benfield last season. Highly mobile, he was on the end of a corner from Gary Shields and a cross from Adam Ward to head home two goals.

Sean Sweeney played for South Shields last season. A strong lad, he can hold the ball up and use it intelligently. 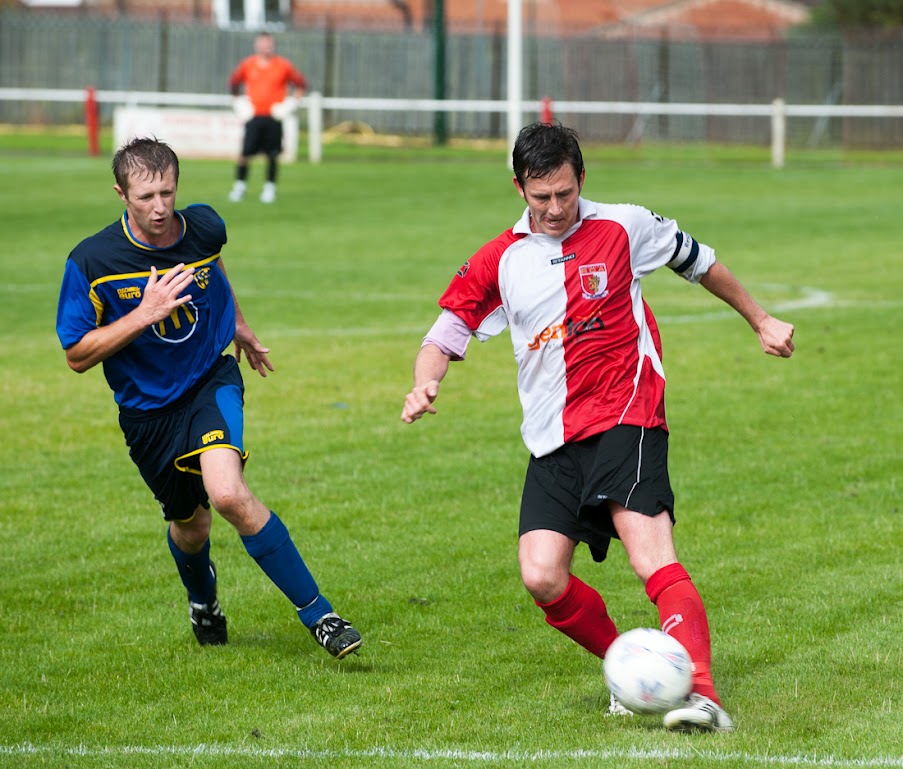 New signing Mark Hudson crosses the ball into the Long Eaton penalty area during the friendly at Meadow Park on Saturday, 28 July.

A major element of RCA's pre-season has been about forming a new look side, particularly in the forward line. Top scorer Mark Davison left RCA to join Spennymoor and Andy Jennings signed for Billingham Synthonia. Neil, who has been as busy on the phone as ever, has brought in Andrew Appleby, who played at Whitby Town last season, and Aristote Guerin-Lokonga, who was at Newcastle Benfield, to join Dale Jardine, who joined towards the end of last season from Newton Aycliffe.

Our midfield was also affected by the strong running Joe Walton leaving for Spennymoor and Andrew Cuthberston returning to Consett. Both quality players, it looked difficult for RCA. Neil has brought in midfielders who more than match that quality. Mark Hudson signed from West Auckland Town and David Gordon rejoined RCA after a period at Shildon. They have were joined by Daniel Reeves (formerly with Horden CW), David Southern, who played at Jarrow Roofing last season, and Adam Ward who joined from Seaham Red Star.

At the back we have been re-inforced by the signings of Jordan Fraser and Ross Preston.