Sunderland RCA have been drawn to play Northern Premier League side Stockton Town at home in the First Qualifying Round of the Emirates FA Cup.

Stockton Town are, of course, no strangers to RCA, the sides having met numerous times in the Northern League, FA Vase and Brooks Mileson Memorial League Cup in recent seasons.

The tie is scheduled to be played at Sunderland LGV Park on Saturday, 4 September, with a 3pm kick-off.

Our Match against Bishop Auckland on 4 September, cancelled due to our progression in the FA Cup, has been rescheduled for Tuesday, 12 October. 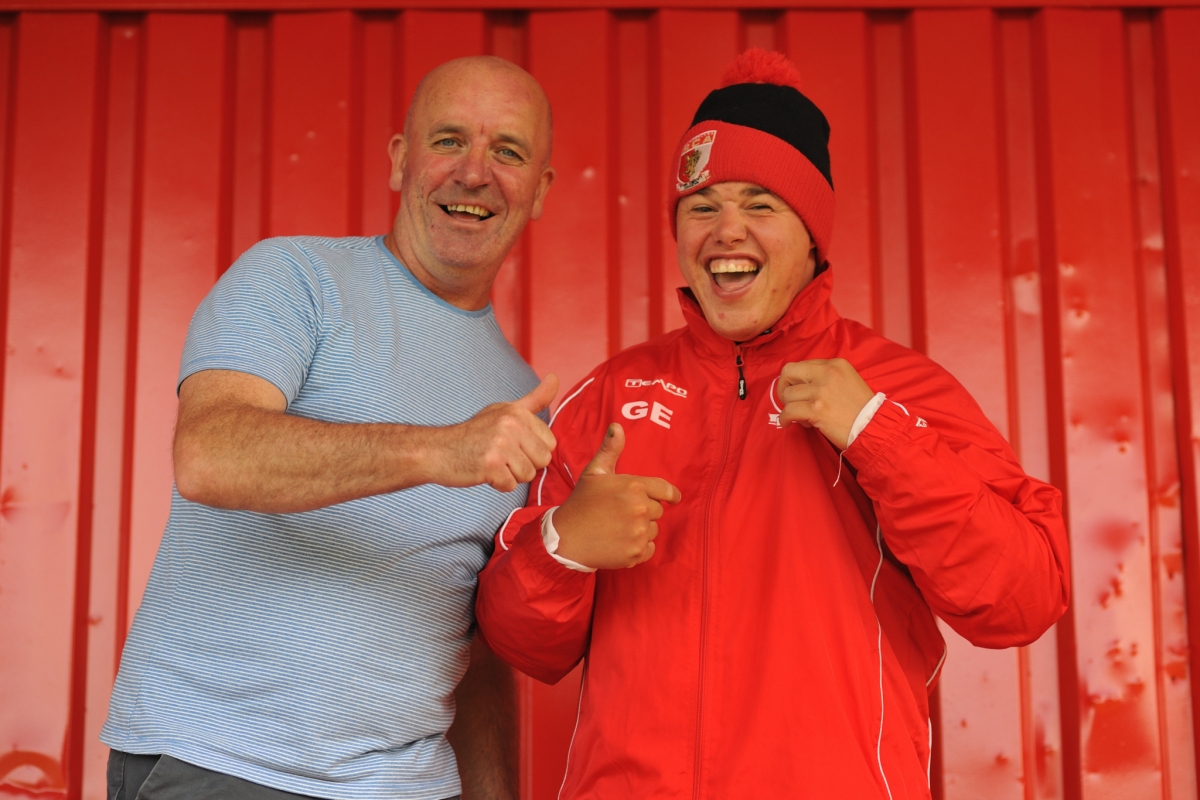 I thought Saturday's FA Cup game was a great advert for how I would like our team to play in the months ahead. From start to finish we played with a high tempo and looked to be positive in possession whenever we had the ball. If I am honest I was slightly disappointed not to win by a greater margin as I think our build up play deserved more, but if you had offered me a 5-1 win and a place in the next round of the FA Cup before the game I would have taken it straight away.

Again there were plenty of outstanding performances on the day, but three lads who I thought were exceptional were Taylor Richardson, Greg Swansbury and Sparky. I thought young Taylor was a constant threat with his pace and trickery and to perform as he did on his debut only bodes well for the future and given time he will develop into a great player for us.

Firstly I would like to wish Bishop Auckland a warm welcome.

A week is long time in football and from the thrill of winning last Saturday on the opening day of season against Ryhope CW to the disappointment of losing midweek to Guisborough Town.

I thought Saturday’s game was a good tight affair, and I was very pleased with our organisation and discipline. We were made to work extremely hard for the three points, but overall I think we thoroughly deserved the win as we restricted Ryhope to only one real effort on target and had six or seven good opportunities ourselves.

There was also some great performances by the lads but it would be wrong to single out any individuals.

The first of a regular report from our manager Steve Riley on how he sees things in the life of RCA.

Firstly I would like to start by welcoming our opponents and neighbours Ryhope CW to Sunderland LGV Park. I have fond memories of my time with the CW with Swaz. I’m sure as fans you will be looking forward to the game, and it doesn’t get much harder than starting the season with a derby game.

These are my first programme notes of the season, and my first since being appointed as manager of the club.

The club has had to make quite a few changes over the close season due to martin’s resignation and a host of players leaving the clubprior to my appointment, meaning we have had to have a major rebuild of the playing squad. Myself and my two assistants, Leon and Dan, have worked tirelessly over the last two months to get a side together that we think will compete well in the league.

Obviously, when bringing so many players into a team it takes time for them to settle in, get used to different training methods and formations, as well as gelling as a team., but to the players credit they came into pre season training and have worked extremely hard to hopefully be ready in time for the start of the season.

Sadly COVID has played a part in our training, meaning we had to cancel a couple of training sessions, and also games, which unfortunately has meant. that we may be a little behind where I would want us to be at this stage. I am sure however that the determination and willingness to do well for the club will help us through the early stages of the season and allow us to improve as a group.

Thanks to gaining some excellent grant aid this summer, from the FA, Football Foundation and Sunderland City Council, plus support from fans and friends of the club, Sunderland RCA have been able to progress a number of important projects at our Sunderland LGV Park ground over the past few months, with a total cost of £31,000.

Many, many thanks to our benefactors, which as well as the organisations named above and many of our regular friends and supporters, have included former City Councillor Paula Hunt, Orange Box Self Storage Ltd, Ken Stenger at Longden, Walker and Renney solicitors, Kitchen Magic, and a number of others.

The work completed has included our main stand, named after the man who built it, the always remembered Ray Baines, being shot blasted and repainted. This work was long overdue and as a result the stand is now looking good and, more importantly, is safe and secure for a good few more years. And has a lot fewer holes to let the rain in!

The above friendly will be played at New Ferens Park, Durham, DH1 1GG.

While there is plenty of free parking all around the stadium it should be noted that the car park next to the ground is a PAY CAR PARK owned by a private company. There is access to the ground from 2pm, but please don’t arrive any earlier as access will not be permitted.

All spectators will be required to leave contact details for NHS Track and Trace when entering the ground. Please use the NHS Covid App to assist the staff at the gate.

We look forward to seeing you at New Ferens Park for our first match under the new management team of Steve Riley, Dan Madden and Leon Carling. Exciting times ahead.

The fixtures for the coming 2021 - 22 season are listed below. RCA's opening fixture is at home against local rivals Ryhope CW.