The Northern League fixtures for next season have been published.

In the Brooks Mileson Memorial League Cup, we are hosting Bishop Auckland in the Second Round.

We have also entered the FA Cup and FA Competitions.

With the exception of moves out for John Toft and Michael Dalton, last season’s squad is intact for 2011/12, which is terrific news for RCA. But manager Neil Hixon has been his usual busy self: Gavin Barton, Lee Owens, Leon Carling, Gary Shields and Andy Jennings have signed. And we are hoping for Mark ‘Sparky’ Davison’s signature by the end of the week.

Neil has some more offers out there. We will keep you updated.

Brian Close and David Wells have signed for RCA. It's all making for an exciting build up for the new season.

At last, home draws in the FA cup competitions!

We are at home to Birtley Town on Saturday, 20 August in the FA Cup.

We entertain either Bishop Auckland or Chester-le-Street in the FA Vase at Meadow Park on Saturday, 24 September.

With Jimmy Montgomery on board, we are hoping that some cup magic will be rubbing off on us!

Sunderland RCA got their run of pre-season matches under way with a five - two win - predicted by Chairman Owen Haley - at Team Northumbria.

In the first half's monsoon new signing Gavin Barton put RCA in the lead, controlling the ball to shoot home after a good Joe Walton cross. After Team Northumbria equalized, Barton was on hand again to head home from a Maddison cross from the left.

With the rain teeming down, Team Northumbria levelled the scores with a long range effort. RCA hit back straight away with an Andy Jennings cross shot finding the net.

Manager Neil Hixon swapped players around for the second half. Mark Davison hit RCA's fourth and Harrison Davies, returning from injury at the end of last season, made it five.

The build up continues 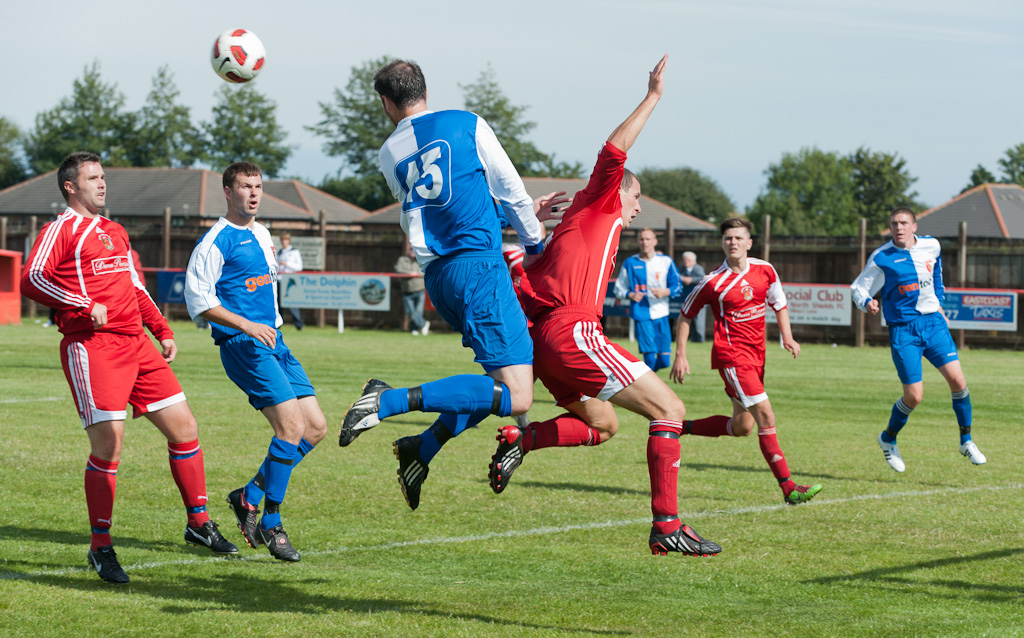 Click here for a slideshow of photos from the match

In their second pre-season friendly RCA travelled to North Shields to face a strong Robins side.

RCA were without keeper Gary Hoggeth and new signing Gavin Barton. For the kick off the away team lined up with new keeper Kyle Donaldson and a back four of James Oates, Carl Beasley, Leon Carling and Luke Olabode, Midfield was Brian Close and Andrew Cuthbertson, who was ruled out through injury from last week's Team Northumbria game, with Gary Shields and Harrison Davies providing the width. New signing David Wells partnered Matty Tymon in attack.

This year Maureen Thompson has kindly requested that all proceeds go in aid of George Johnson the 18 month old son of ex-Ryhope CW player Neil Johnson who unfortunately has a very rare illness which means he has spent all but three weeks of his life in hospital and needs constant care. More information on this can be obtained from the Team George website which was set up with the aim of raising the funds to find out more about his rare condition.

If people could find the time to come out and attend this match and help towards a worthy cause for a very brave young lad it would be very much appreciated.

Many thanks and all the best to everyone for the new season.

RCA's latest pre-season tour visit was Crook Town. A cloudy evening provided the backdrop for our third run out in the build up to the new season. As a contest, the match was effectively over after 15 minutes when Gavin Barton slotted home from an accurate left wing cross from Harrison Davies. Mark Davison had opened the scoring with a trademark header following good work on the right in RCA's first attack. Crook were often quick and lively, but truth be told, keeper Gary Hoggeth had an easy night.

In pre-season matches it is largely about giving players the opportunity to see how they are shaping up individually and as a team for selection for the opening matches of the campaign. I don't want to tempt fate by overstating things, but we are looking strong and manager Neil Hixon will have some real choices to make for our tough opening home fixture against Shildon followed by a trip to Consett.

It's subject to final confirmation from the FA, but both clubs have agreed to bring forward the FA Cup game between Sunderland RCA and Birtley Town from Saturday, 20 to Friday, 19 August 2011 with a 7:30pm kick off at Meadow Park.