Our recent match against Hebburn was RCA's 1,000th league game and League Chairman Mike Amos was on hand to make a presentation. 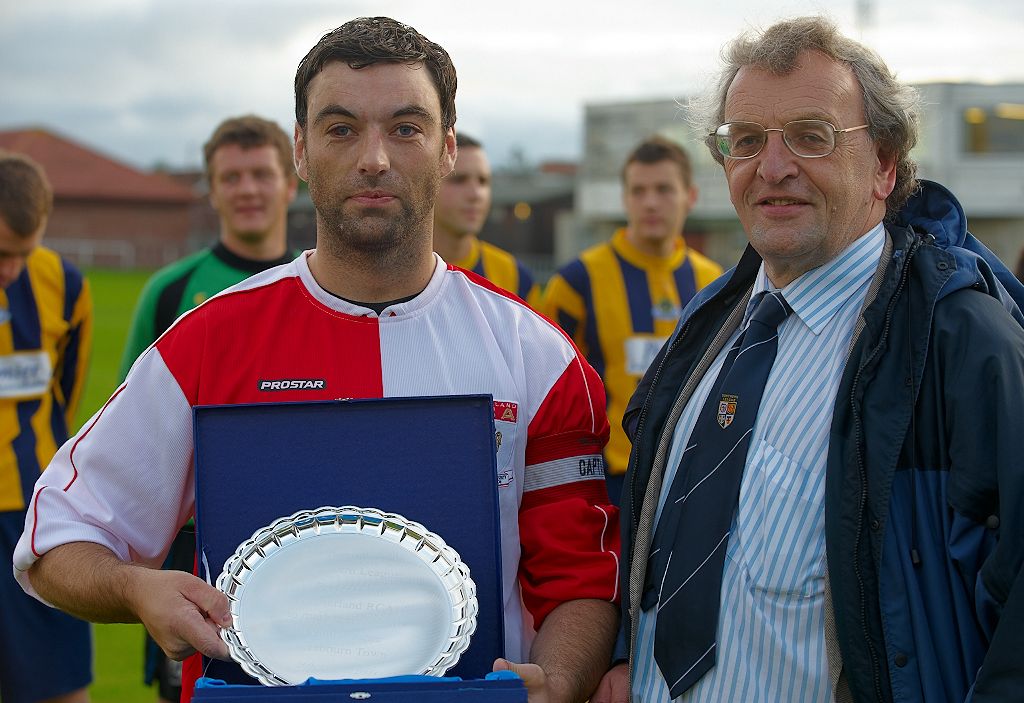 Pictured is Mike Amos, skilltrainingltd Northern League Chairman, making a presentation to captain Paul Wardle before last week's game at Hebburn, to mark our 1,000th game in the Northern League.

The lads were obviously inspired by Mike's kind words about the club, because they proceeded to mark the occasion in style with a superb display that ran Hebburn ragged - the report is here.

Whichever way you look at it, it has been some kind of an achievement to keep a Northern League club going in Ryhope over all these years since that first game against Northallerton in 1982, most of the time with little money, little help, little support and less publicity. It has been an uphill struggle for the many lads who have done their bit for the club over the years. Too many to mention them all, and most of them too modest to want to be mentioned, but all of us involved now take our hat off to them. It's thanks to them that we have a club to take forward now, and everyone in Sunderland should be glad of that. So that silver salver and that great win was a little bit of thanks for every one of those tireless lads raising a team, raising the funds, sorting the gear and keeping the club going at every one of those 1,000 games. You know who you are, so thanks lads.