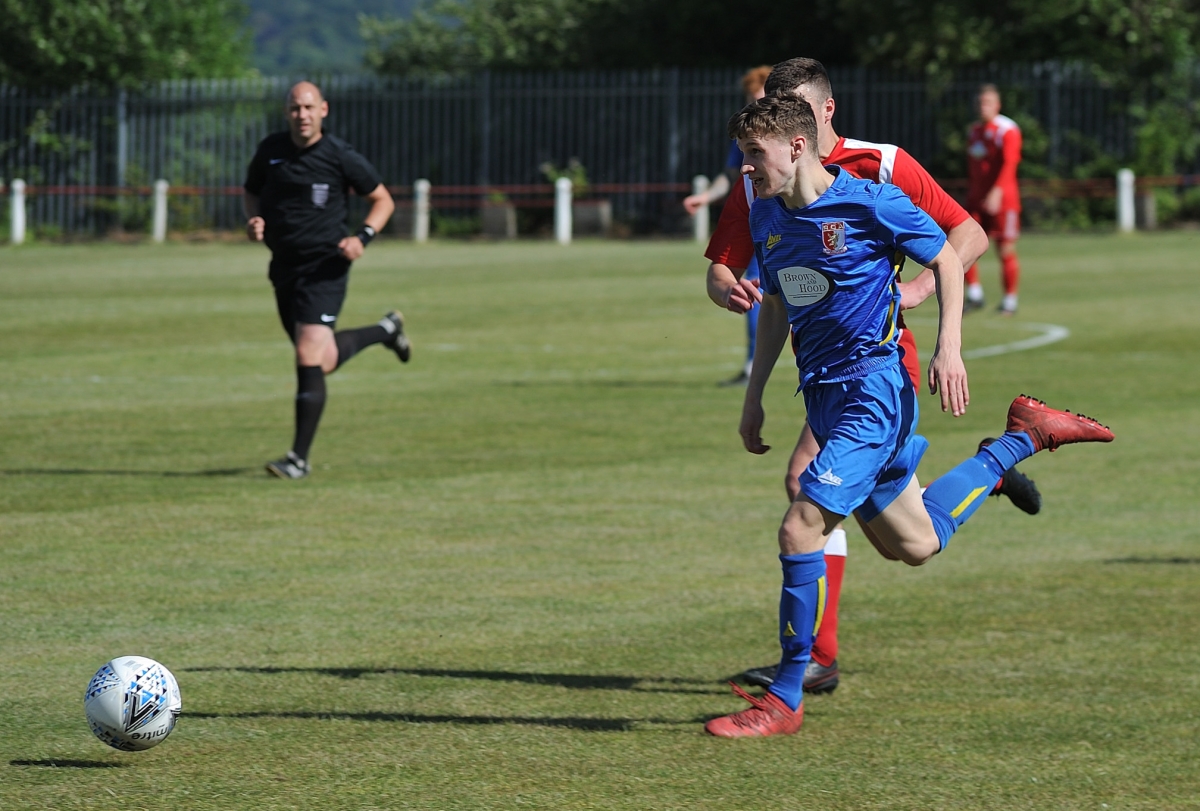 Taylor Richardson on the attack during the second half at Brandon United.

RCA headed up the A690 to play Ebac Northern League Division Two side Brandon United in their first pre-season outing of the season.

Both teams had the usual selection problems, players still on holiday, new players recently signed and the smattering of "Trialists".

Bright sunshine greeted the players along with a very blustery wind which blew across the wonderfully prepared Brandon pitch.

In the early stages there was little to choose between the two sides but as the half progressed RCA took the game to Brandon but they were very quick to break and created a number of good chances.

A thunderbolt of a strike by Andrew Johnson from 30 yards out thundered against the crossbar and was scrambled clear.

RCA took the lead in the 34th minute when Charmey latched onto a long ball forward before delivering a superb cross which Mark Davison headed home beyond the outstretched arm of the home Keeper.

The start of the second half started brilliantly for the home team when a hopeful ball forward was collected by Joe Bates who outmuscled the RCA defence before hitting a terrific right foot volley into the top corner of the net.

While the game was end to end for most of the second half there were few clear cut chances.

However it was RCA who finished the stronger and inside the last 15 minutes they created a number of chances which would have put the game to bed but the Brandon defence held on for a deserved draw.

Good luck to Brandon for the rest of the season.