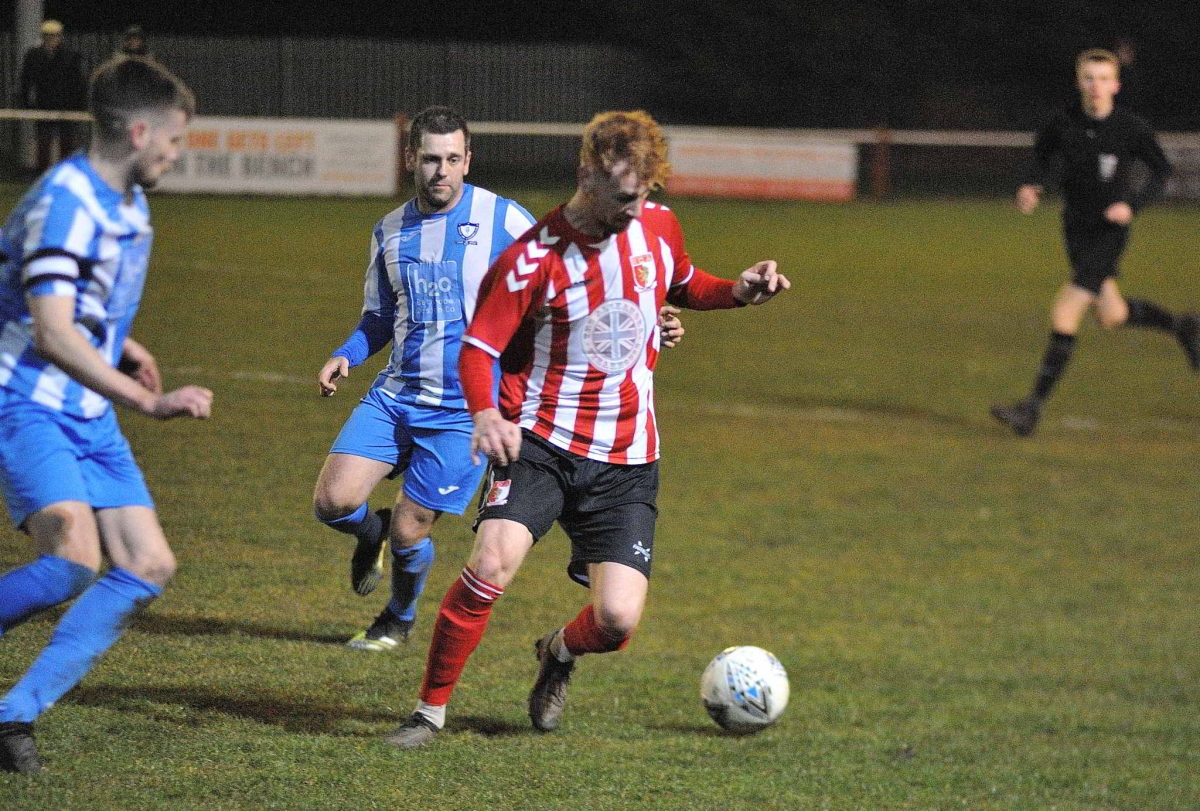 Craig Hennis scored a late equaliser, only for RCA to be denied in a penalty shoot-out.

Sunderland RCA extended a warm welcome to Whitley Bay for this 2nd round tie of the EBAC Northern Division I League Cup fixture.

After a lengthy lay off from competitive football, it was good to get back to some action at Sunderland LGV Park against a resurgent Whitley Bay team, who like ourselves are rebuilding with a new manager in Nicky Gray.

Work commitments and injuries meant a shake-up of the team was required.

The visitors took advantage of the slope in the first half but both teams seemed a little tentative and took time to settle into the game.

It was RCA who created the first clear cut opportunity when Hennis intercepted a pass in midfield a laid the ball to Guy who played an exquisite pass beyond the Bay defence and into the path of the advancing Weirs who took the ball forward before firing in a shot which was straight at Libotte who made a comfortable save.

A good move down the left by “Bay” ended with Charlton conceding a corner, the kick was easily defended by Errington whose header found T Richardson on the left, he sprinted forward before playing a crossfield ball to Guy who was totally unmarked on the right edge of the box, he moved forward into the box before deciding to try his luck and beat Libotte at the near post but the “Bay” keeper was again able to make a good save. In hind sight a squared ball to the unmarked Annang-Colquhoun or T Richardson might have been a better option.

T Richardson continued to have some success on the left and a good run and cross into the box was only stopped from reaching Annang-Colquhoun when B Richardson managed to intervene, chesting the ball back to Libotte.

Whitley Bay were finding it difficult to penetrate a resilient RCA defence but in the 22 minute after a long period of possession by the visitors a cross into the RCA box by Dick was missed by Smith but fell to the advancing Taylor who jinxed his way past two defenders before hitting a terrific shot which was destined for the top corner of the net before Marrs somehow managed to get a fingertip to push it onto the bar and out for a corner.

RCA continued to push forward and thought they had scored on the half hour when a tremendous run by Charlton ended with the full back hitting a low drive which struck Smith and deflected inches wide into the side netting. The resulting corner was crossed in by Charlton and Libotte was again called upon to save from a Hennis header.

As the game headed toward half time another chance presented itself to T Richardson, he drilled a low shot towards goal but it was deflected wide by Lowery.

The second half started with the visitors pushing forward and forcing RCA to defend deep and in the 48 minute they took the lead, rather fortuitously, when Mitchell picked up the ball on the left before hitting a low cross into the box where RCA captain Hawkins, stuck out a foot to prevent the cross but only managed to divert the ball into his own goal.

RCA from being in relative command of the game in the first half were struggling to retain possession in the second with a succession of misplaced passes and long hopeful balls coming to nothing.

A ball forward by Hawkins was controlled on the left wing by T Richardson and the winger cut inside into the box before getting to the bye-line and crossing low to the front post but Patton’s flick was saved by Libotte.

Minutes later and Guy played the ball out to Weirs on the right his cross was well met by head of Jakab but flew over the bar.

Whitley Bay responded with a great chance of their own when B Richardson broke on the right before sending the ball into the box where Ramsey connected with the cross and produced a point blank reflex save from Marrs.

Within a minute RCA were level when a ball forward from Marrs was picked up by  Annang-Colquhoun on the right, he outpace the “Bay” defence before sending a low cross towards the near post were Hennis was on hand to stab the ball beyond the reach of Libotte.

In the final five minutes neither team produced any attacks to test the opponent’s keeper and so the game went to penalties.

Whitley Bay took the first penalty and proceeded to score from all five of their kicks with B Richardson, Ramsay, Dick, Jensen and Mirzkhanian all converting their spot kicks. For RCA, Charlton’s kick was saved when Libotte guessed correctly to palm the ball away while Weirs, T Richardson and Winn were successful with their kicks.

The “Bay” progress to the 3rd round while RCA will rue the amount of good chances that were created and squandered on the night.

Good luck to Whitley Bay in the next round and for the rest of the season, they really look like they have turned a corner and are on the up under the management of Nicky Gray.