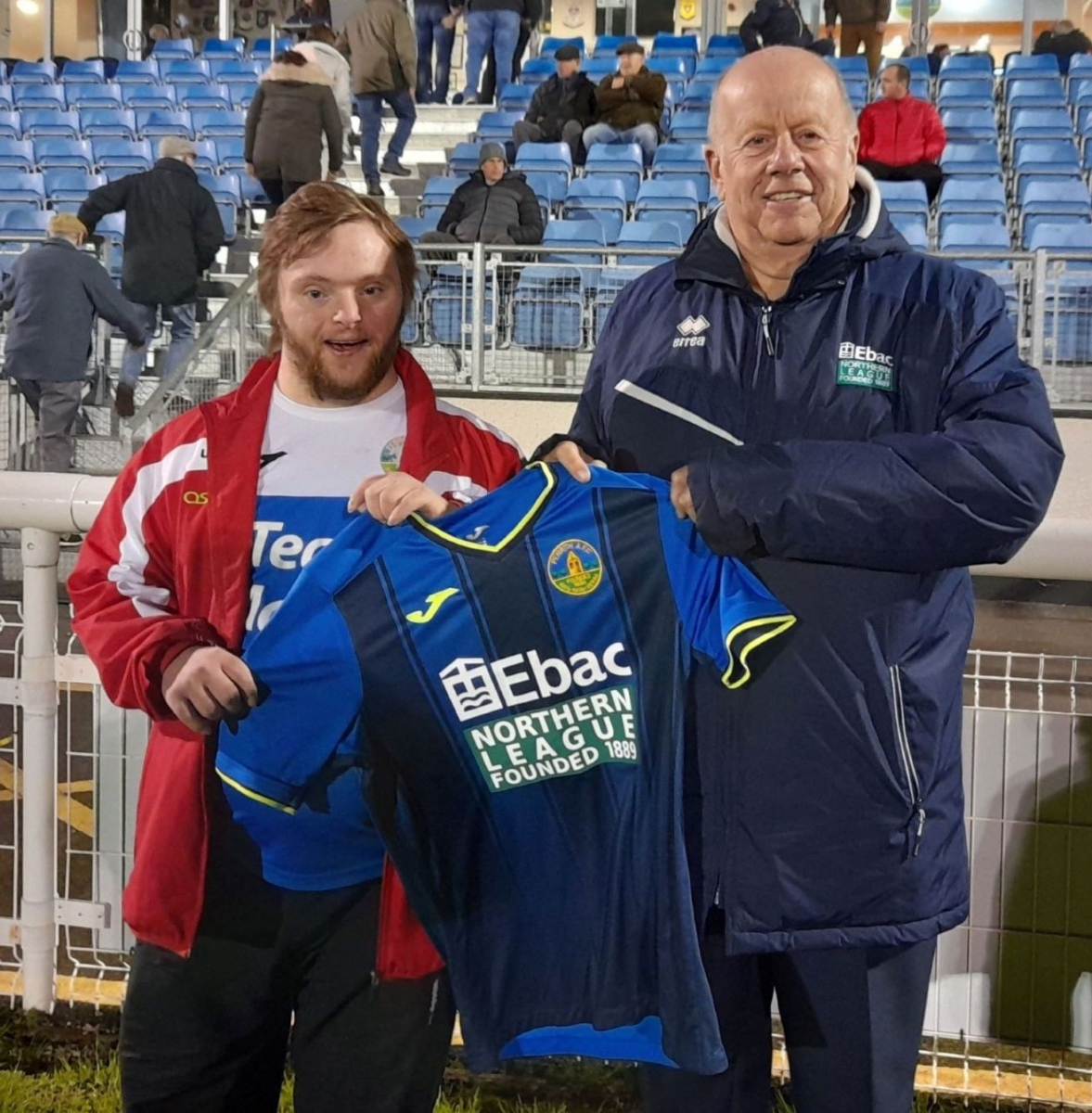 'A life of Pie' the Northern League blog is here.

Tonight we made the longest league trip of the season to Penrith’s Atkinson Builders Stadium.

With mounting injuries and unavailability on the night the management team only had 14 fit players and included both assistant managers on the substitute's bench.

Penrith, having lost their previous five matches and in search of a new manager, looked determined to prove a point and from the kick off they pushed forward in an effort to dominate.

RCA’s first meaningful attack came when some good interplay between Hennis and Coghlan was ended by a well timed challenge by L Brown as Coghlan looked to shoot.

Immediately back up the other end of the pitch and a break by Armstrong on the left was halted when Jakab made the final block to dispossess him in the penalty area.

With 12 minutes on the clock a corner from Armstrong was headed strongly goalward by RCA defender Jakab but luckily for him Ball was able to collect and spare the RCA defenders blushes.

Two RCA attacks came to nothing as Watts over hit a cross into the box when in a good position and Richardson was dispossessed after a great dribbling run and the clearance led to Penrith opening the scoring.

The ball was hoisted forward and was headed away by Errington, it fell to Penrith striker M Brown on the edge of the box and he curled a perfectly flighted ball into the top corner of the net.

Minutes later and only a great tackle from Jakab stopped M Brown adding a second.

As the game settled, RCA started to get their passing game going. A beautifully weighted 40 yard pass from Coghlan was controlled on the right wing by Burlace who then clipped a ball into the box for Watts but his shot was well blocked by Davidson.

A minute later and Coghlan picked up at through ball from Hawkins but his low driven cross into the box was blocked by Moynan and cleared by Faustino.

Mid way through the first half and the game became very scrappy with both teams guilty of poor passing and giving needless free kicks away.

The visitors had the next real chance when Coghlan took a freekick on the left and his cross come shot hit the outside of the post.

A minute later and some good pressure from RCA resulted in Hennis and Annang-Colquhoun combining to send Watts free on the left and his cross into the box had Taylor back-pedaling to tip the ball over the bar.

The remainder of the half saw RCA with lots of possession while Penrith closed down effectively and there were no real chances at either end.

The second half started much the same as the first with Penrith pushing forward and within five minutes of the restart Penrith doubled their lead when Jakab made an unnecessary challenge on Coombe inside the area and the referee had no hesitation in pointing to the spot, Grandison stepped up and smashed the ball straight down the middle and into the net.

RCA keeper Ball was on hand to deny a Penrith third goal when he pulled off a terrific save when Storey latched onto a loose ball inside the penalty area and hit a tremendous shot which was heading for the net until the timely intervention of Ball.

This galvanized RCA and they went up the other end of the pitch and within seconds of the save by Ball they were back in the game, Annang-Colquhoun challenged for a long ball forward and the ball fell to Hennis 30 yards out and being closed down he fired in a tremendous drive which was still rising as it hit the roof of the net with Taylor rooted to the spot.

Penrith responded with a quick break which saw Hunter play the ball forward to Armstrong who smashed a goalward shot which Ball did well to save.

An equaliser looked on the cards on the hour mark when Burlace played a good ball to Hennis who chipped the ball to the far post where Coghlan headed toward to corner of the net but Taylor somehow managed to get a hand to the ball and turn it round the post for a corner.

Hennis, who had given RCA a way back into the game, was responsible for gifting Penrith their third when his misplaced pass across the face of the penalty area went straight to Armstrong who made no mistake placing his shot out of the reach of Ball and into the bottom corner of the net.

Grandison had a chance to put the game to bed when breaking free of the RCA.

RCA made a double substitution and it almost paid off immediately when Hunter, making his debut, outpaced his marker before crossing into the box and Richardson was only inches away from scoring.

Minutes later and the ball was picked up by Allen who ran at the Penrith defence before cutting the ball back to Hawkins but he lifted his shot over the bar.

With 87 minutes gone RCA made it 3-2 with a quickly taken free kick Watts played the ball short to Coghlan and he hit a rocket of a shot straight into the net with the Penrith defenders rooted to the spot. Another great goal for RCA but it was too little too late for the visitors as Penrith held out for the three minutes of added time despite a concerted effort by RCA forwards to salvage something from the game.

Once again we cannot fault the effort put in by the players but they have to learn quickly that mistakes at this level are costly. We had more possession than Penrith but our passing especially in the second half was below par.