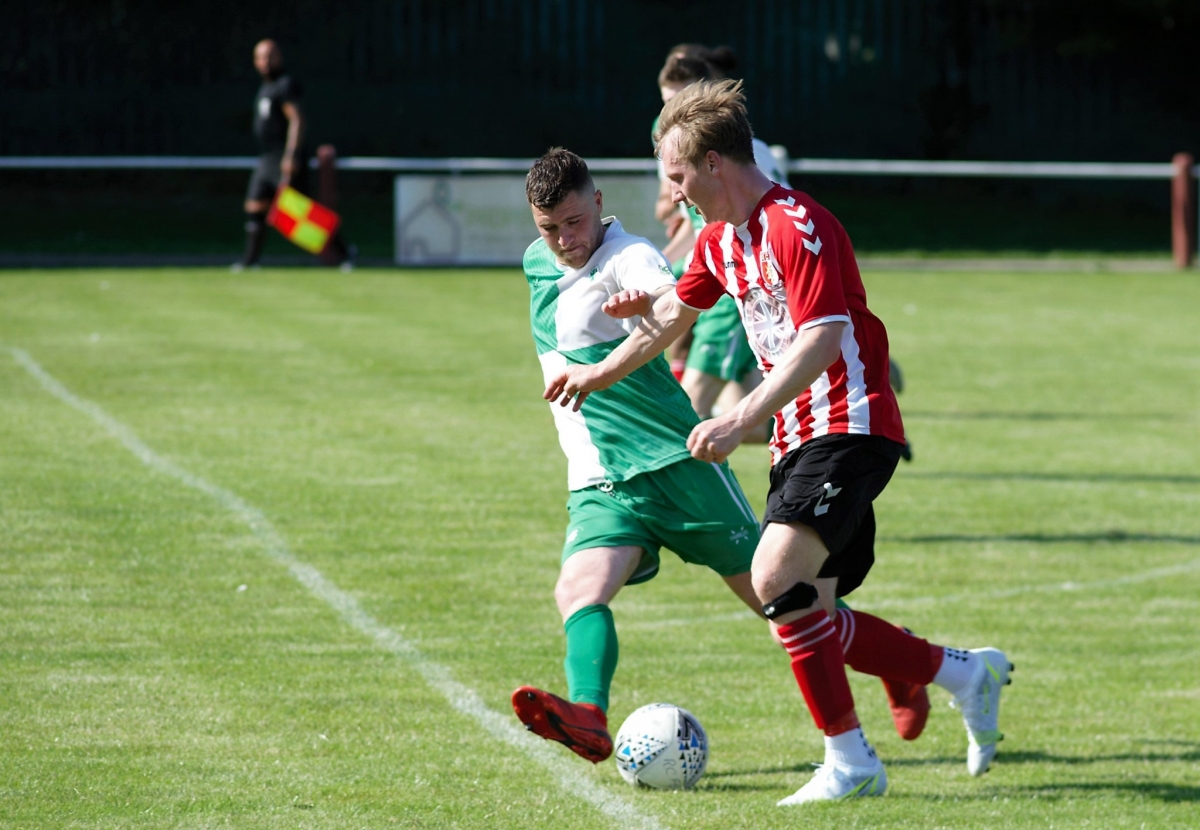 Goal scorer Andrew Johnson on the attack during the second half of the match.

Today we welcomed Billingham Synthonia to Sunderland LGV Park for this our third pre-season friendly. The squad was almost back to full strength with the return of Fairley, Johnson and Thompson.

RCA lined up as follows:

With temperatures soaring towards 80 degrees, this was going to be a tough test for both teams.

RCA took advantage of the slope in the first half but it was the visitors who started the game on the front foot, a crossfield ball from the left to the right wing almost caught the RCA defence napping but Ball was able to smother the cross before it reached the Billingham forwards.

The game settled down with Billingham, after their early good start, content to defend and hold the RCA attack at bay. This seemed to work until the final 10 minutes of the half when a cross from Milburn was turned into the net by  Annag-Colquhoun and five minutes later Annag-Colquhoun made it 2-0 with a well taken goal from a pass by Richardson.

The second half started with RCA making a number of changes with Fairley and Johnson coming on for Davison and  Annag-Colquhoun.

Within 15 minutes of the second half RCA extended their lead when Johnson picked up a good pass from Best before drilling it into the net from 20 yards out.

RCA were bossing the game now with Synners reduced to only token attacks and it was no surprise when  Annag-Colquhoun completed his hat trick, having returned to replace Milburn he outpaced the Billingham defence to collect a pass from Trialist B before smashing the ball home from the edge of the box.

Synners pressed forward in the later stages of the game looking for a consolation goal but Substitute keeper Wilson pulled off two brilliant saves to deny them.

Another good workout for the lads especially in the unbearable heat.

Next up is a trip to Willington on Wednesday, kick off 7.30pm.