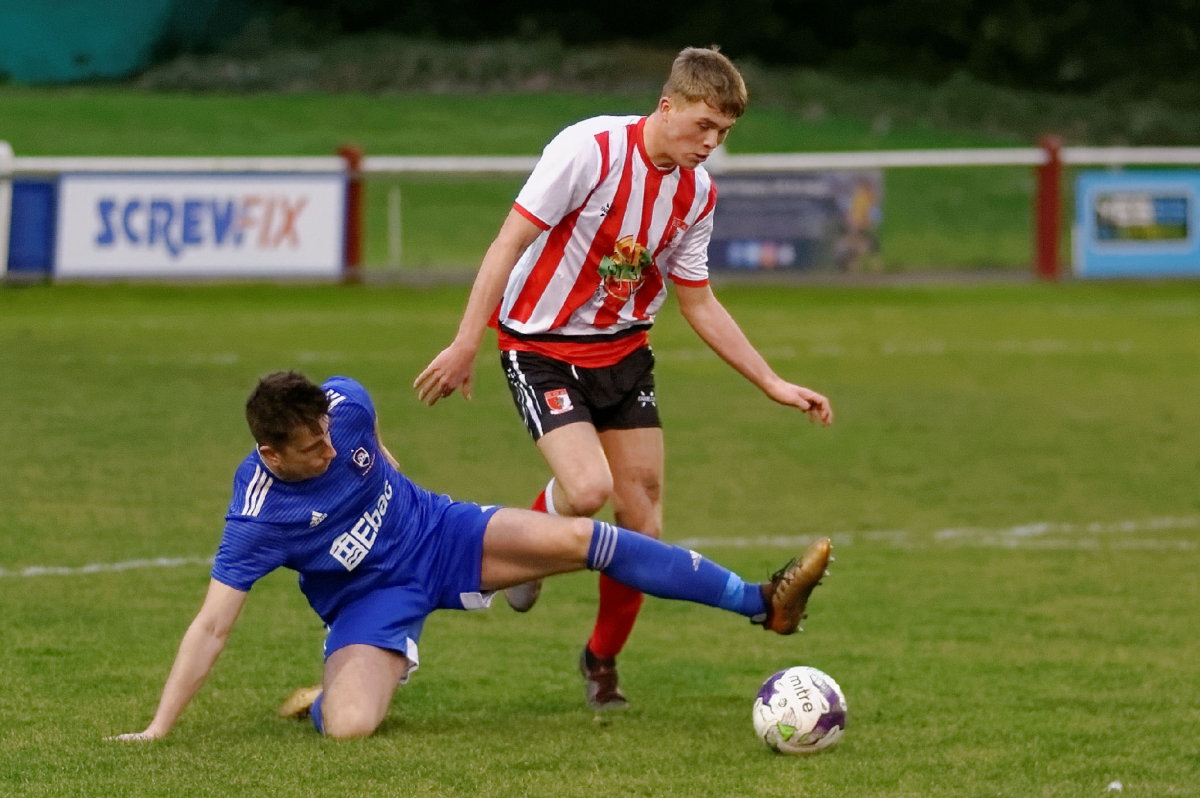 The injury list continues to grow with Callen, Preston, McNab and Hodgson out long term on top of this Swansbury is suspended and Best has been recalled to Hull City.

The management team were obviously forced to make changes and the teams lined up as follows:

RCA kicked off with the advantage of the slope in the first half but it was the visitors who carved out the first chance of the game when Brown played the ball forward to McNamara who fired in a shot which looped over Dean but Allen was on hand to clear off the line.

The first effort from the home team came when Dean sent a long, high ball forward on the right, O’Neill controlled the ball before cutting inside the area and unleashing a terrific shot which Pickford palmed onto the post and out for a corner.

The game was never really reaching the tempo set in recent RCA matches and Newton Aycliffe took full advantage as they pressed forward.

In the 20th minute a flowing move saw Jarvie pick up a Walton pass before sprinting down the right wing, his cross into the box was met by Burnicle who thundered a header against the bar.

RCA responded through Lawson who was fouled on the edge of the box, Davison’s freekick hit the wall and rebounded to O’Neill who smashed his shot straight at Pickford.

A minute later and RCA had a strong appeal for a penalty waved away when K Davis fell to the ground inside the penalty area, having been pushed in the back by an Aycliffe defender.

Newton Aycliffe started to take control of the match and RCA were guilty of playing too many loose passes.

Jarvie and Petitjean were controlling affairs in the middle of the park with Jarvie producing a stunning shot which Dean did brilliantly to tip over the bar. The resulting corner was only partially cleared by Elliott and fell to Jarvie whose shot was blocked by Moan before being cleared.

However the visitors continued to press and they got their reward in the 40th minute when a corner on the right was scrambled out to Ardelean, his shot was blocked but fell to Jarvie who played it in to ex-RCA and current Aycliffe captain Brown who volleyed the ball past Dean into the net.

RCA tried to get back into the match and a good run down the right by C Davis saw his cross headed on by K Davis into the path of Elliott but he drilled his low shot wide of the upright.

In injury time of the first half Aycliffe doubled their lead when Brown played Jarvie in on the right and his cross was met at the far post by Burnicle who had time to control the ball before beating Dean with a well placed shot.

At the break RCA brought on Slack for K Davis.

Aycliffe started the second half as they finished the first, Walton intercepted another poor defensive clearance, and played a one two with Burnicle before hitting a tremendous shot which rattle the far post.

Within a minute Aycliffe extended their lead when Jarvie again burst down the right and once again Burnicle was unmarked at the back post where he had the simple task of side footing home from close range.

RCA were finding it difficult to get any sort of passing going and were being overrun in the middle of the park.

The introduction of Leonard into the game on the hour mark gave them a bit of width and it was his surging run down the right which gave the home supporters something to cheer as his cross was glanced wide of the post by Lawson.

The visitors then went 4 – 0 up when a loose clearance from Dean was picked up by Wood, he played a quick one two with Costello before hitting a low shot from 25 yards out which nestled in the bottom corner of the net.

With 20 minutes still to play RCA finally found some passing momentum when Lawson and Davison combined to set up Elliott who rifled in a shot which went inches wide of the upright.

A minute later and Leonard slipped past two defenders before chipping the ball over to Slack who hit the ball first time into the side netting.

The final ten minutes of the game drifted by with little in the way of goalmouth chances. Aycliffe tried to keep control of the ball and RCA when they had possession looked to claim a consolation goal to give the fans something to cheer.

In the end Aycliffe were well worth their win today and will no doubt have expected a harder game than they were given by a lacklustre RCA performance. Although RCA battled hard they never got any fluence into their game today. As one supporter said on his way out of the ground "It was just a bad day at the Office".

We will need to regroup quickly as we face West Auckland Town on Tuesday night in the last 16 of the League Cup at the “Wanted” Stadium Kick off 7.30pm.