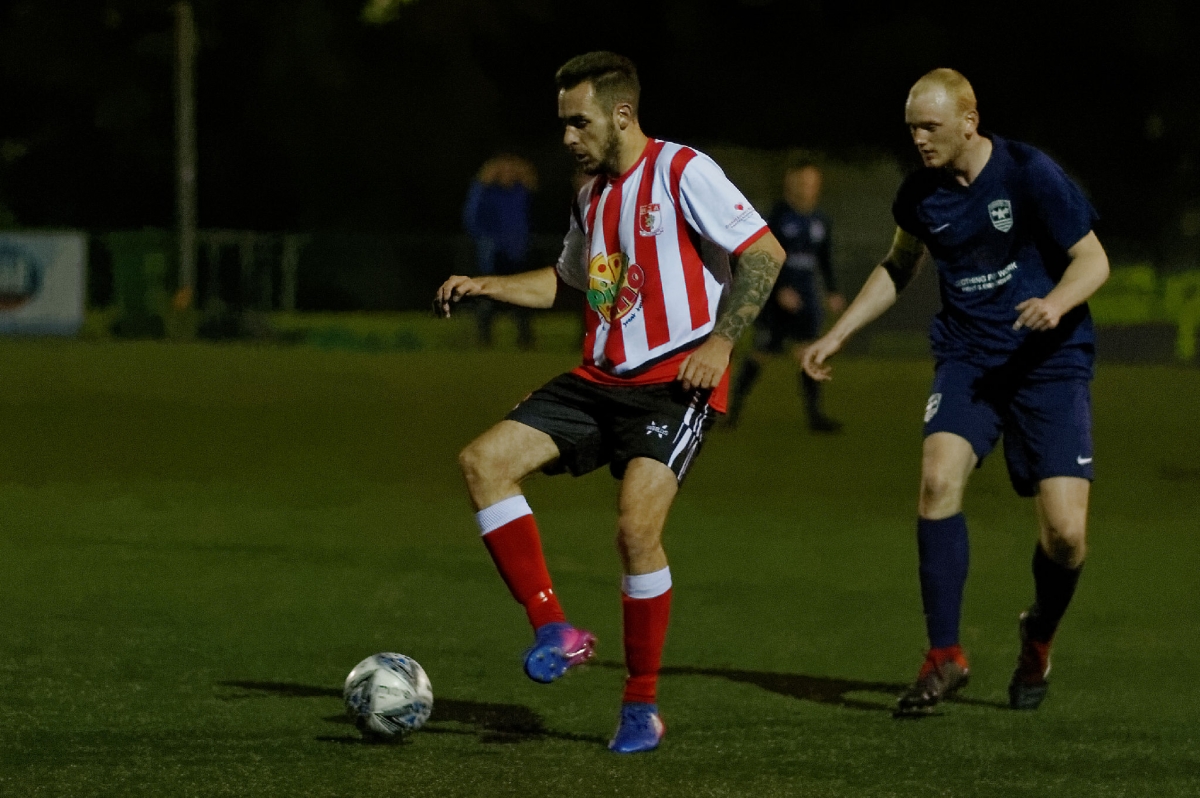 After the defeat on Saturday against Whitley Bay the RCA Management team decided to make several changes to the team, this allowed for some players to get time on the pitch and allowed players returning from injury a chance to improve their fitness before the important league fixture on Saturday against Hebburn Town.

Washington started well but it was the visitors who had the first effort on goal when Croft played the ball through to Davison who chipped his shot against the crossbar.

Washington countered with a good move which resulted in a corner, Bloomfield sent in a good cross which was met by Goodman but his downward header was cleared of the line by Dorward.

A minute later and Washington almost opened the scoring a good ball forward from Horsfall into the path of Hennis split the RCA defence and the Washington midfielder fired in a curling shot which beat Ezard but crashed off the upright and was cleared by Gray.

With quarter of an hour gone RCA stepped up the pace of the game. Ezard threw the ball out to Gray who broke down the left before crossing into the box where Davison flicked the ball on to Charlton but his shot went wide.

RCA took the lead in the 17th minute when Gray sent a long ball forward to Charlton, his first time cross was chested down by Davison into the path of Callen who smashed the ball into the net

Within two minutes RCA were two up a slick move saw Charlton and Callen combine with a quick 1 – 2 and the ball fell to Charlton to steer past R Lumsden and into the net.

It got worse for Washington when Dorward found Charlton on the right and his cross found Davison who made no mistake from 10 yards out out.

Washington eventually stemmed the tide and reduced the arrears in the 28th minute when Hennis sent the ball forward to Toward and the striker fired home.

The relief was short lived as RCA stormed forward again, Allen sent a great ball through to Callen who held off the challenge of the Washington defender to steer the ball past R Lumsden.

The second half was much off the same with RCA extending their lead in the 47th minute when Gray fed the ball in to Davison who had time to turn and shoot into the corner of the net.

With RCA attacking at will there were several further chances to increase the scoreline with Leonard, Callen, Dorward and Davison all coming close.

Callen completed his Hat-Trick in the 75th minute with a well taken goal after some good work by Leonard and Gray.

While it was backs to the wall for Washington their cause was not helped when Bloomfield was sin binned for something he said to the referee.

Washington kept battling away with little effect as the RCA defence coped well with their sporadic counter attacks.

In the final minutes of the match Callen capped an outstanding performance, with his fourth goal of the game when he headed home a corner taken by Leonard.

RCA progress into the Knock-out stages of the cup with a game still to play against Ryhope CW.