I had a quick count up this week of the number and variety of North East Counties League teams we have played in the last few years. Silsden, Liversedge, AFC Mansfield, Bridlington (many times), Handsworth, Garforth, Selby, Hall Road Rangers, Tadcaster and no doubt a couple I’ve forget, Keith will remind me, and of course Hemsworth MW. A good few memorable trips amongst them, including the quaint ground and clubhouse at Liversedge, where the barman struggled with the beer, and conversely the fine beer in the pubs adjacent to Silsden and their remarkably good ground and clubhouse, built up from scratch over many years. The very tight Vase win at Mansfield, last minute home wins against Bridlington, and the splendid victory on a great night here in Ryhope over a very highly rated Garforth team. Yes, some good old memories there alright.

I guess I’m like a lot of people looking at the draws for the FA Cup and later the Vase when they first come out, not sure what I want. A winnable game at home with no travelling and home for tea, or a good bus trip with an early start, blind cards on the journey, new sights and sounds and hopefully a raucous ride back with a few pints somewhere on the way. Of course I’ve only heard about those, what with being somewhat static, but even so travel broadens the mind, even if it is other people’s travel. Yes, I think on balance when you find you potentially have a couple of FA Cup games at home it’s a bit deflating. Don’t suppose a replay up the Colliery counts as travel really. By all accounts we played well for a long time up the road, should have had the game well won, and then were hanging on and maybe lucky to pinch it at the death. That’s FA Cup football though.

So, what comes next? Hemsworth from Fitzwilliam, ancestral home of the Boycott clan, and the Knowles brothers, Cyril and Peter. That was a great day out, but for superstitious reasons maybe we won’t talk about it too much now. But am I the only one who remembers the banner on the fence calling for justice for a couple of local lads? I can’t remember the details, another one for Keith, except we were a bit surprised that far from being wrongly imprisoned for riot or disorder they had only been barred from a pub. Maybe I’m mistaken. Or maybe it was just a very good pub.

In the wider world SAFC have started to produce a little bit of form, much to the relief of the faithful and with a commensurate reduction in hysteria in the town, which is to be welcomed. Will it last? Can you stand the hope? Or are you better giving your time to the bold boys of Sunderland LGV Park? You know it makes sense.

The injustice referred to above reared it's head again at yesterday's game, the visiting supporters brought a very large banner proclaiming that "Poey is Innocent".

Poey, apparently, was a Leeds United fan accused of  throwing a 50p piece at someone from Leicester City. Which, it has to be said, is a tad unbelieveable, Yorkshiremen being known to be more than a little careful with their hard-earned 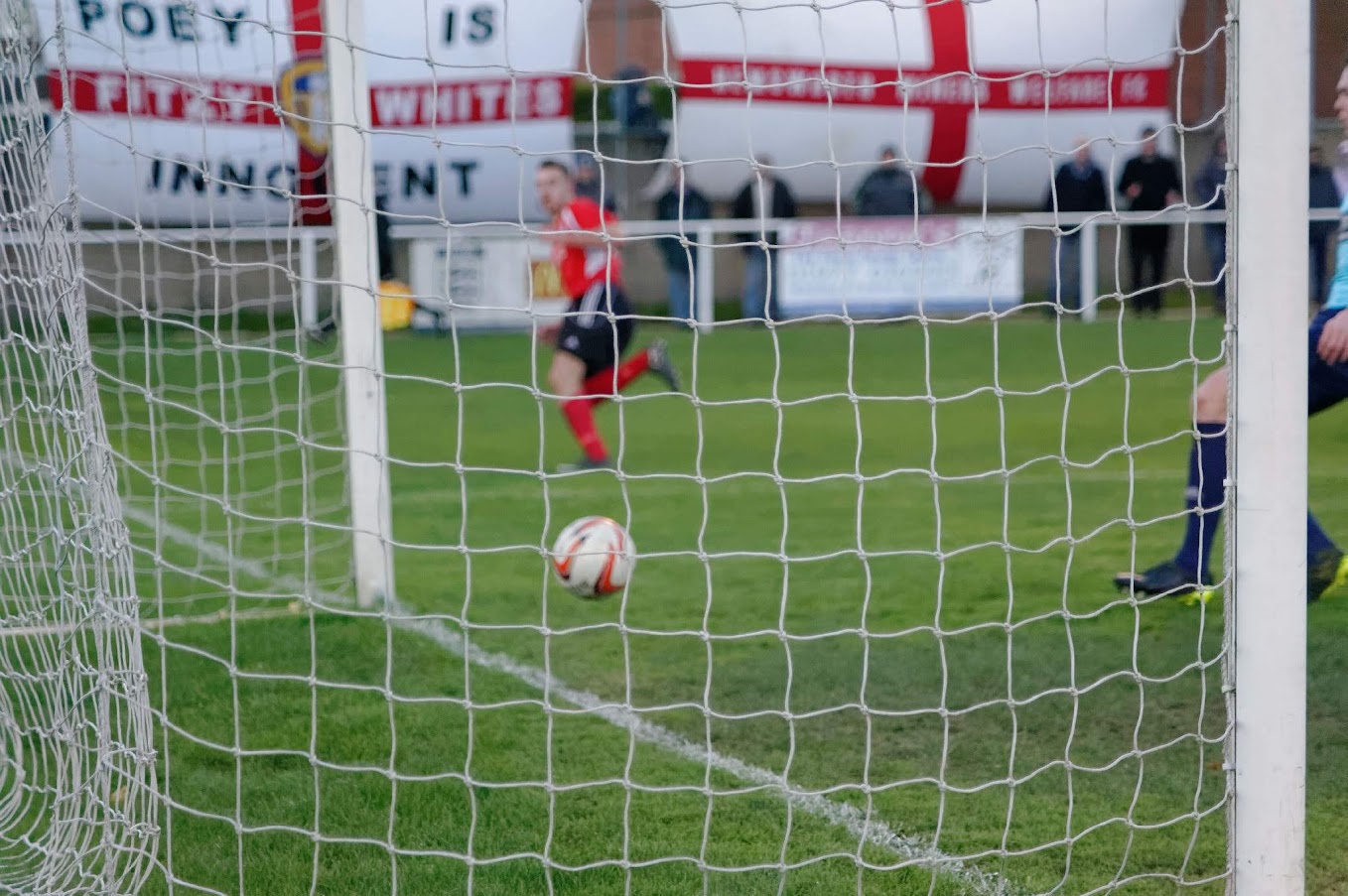 Armthorpe Welfare and Parkgate can be added to the otherwise comprehensive list above.