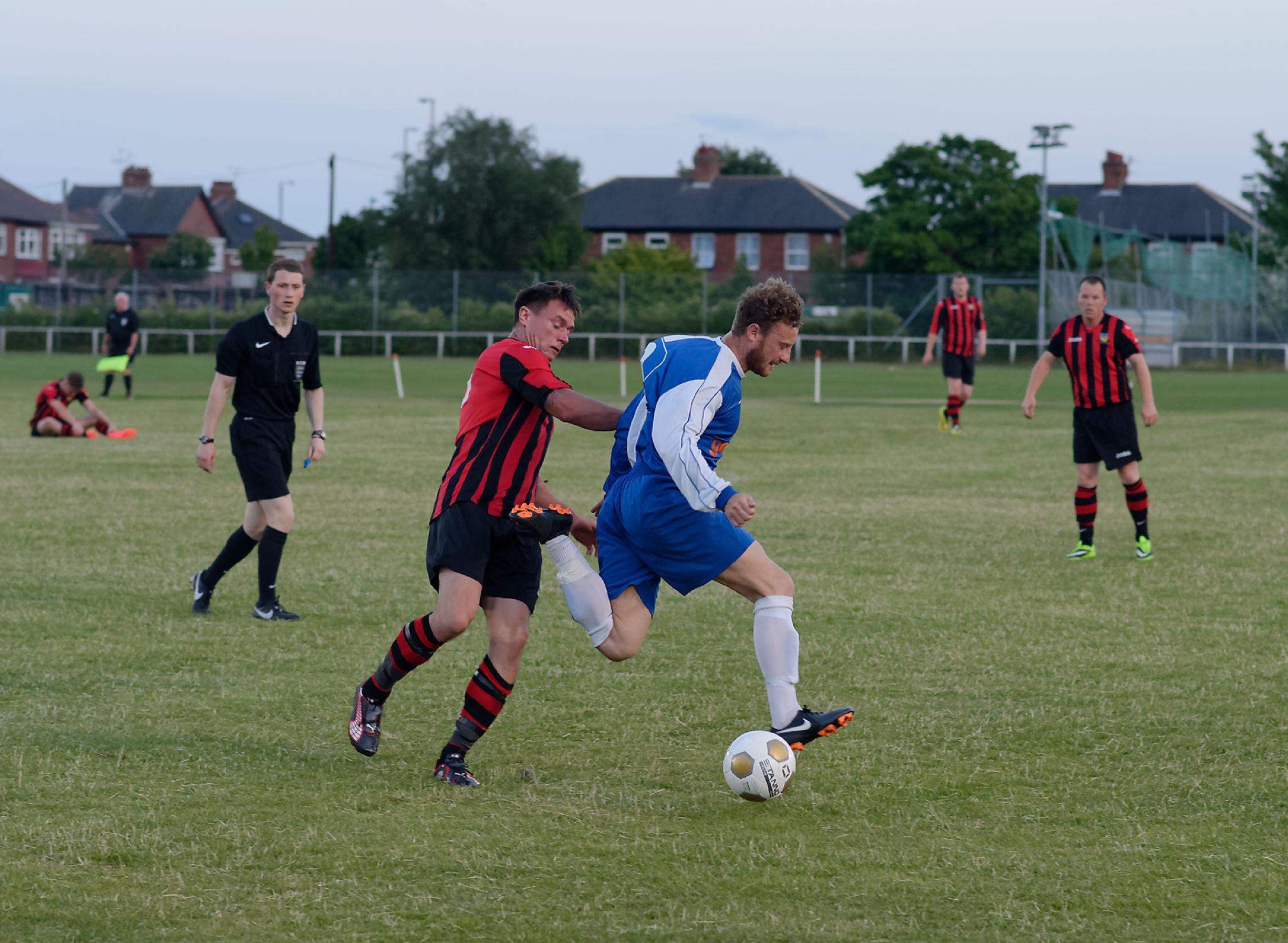 Clayton Davis in second half action.

Pre season friendlies are all about getting fitness levels up and trying new formations so it was not a surprise to see different starting 11 to the one which began the game against Horden.

The game started with both teams testing each other out, and there was little goalmouth action to write about.

In the 20th minute the game exploded into action when RCA won a corner, the ball was sent into the box where it was flicked goalwards by Callen and volleyed home by Armstrong.

Five minutes later it was 2 - 0 with one of those bizzarre incidents which happen in football, a Beckham style punt up field towards goal was carried on the wind, hit the underside of the bar and hit the Hebburn keeper before crossing the line.

Two minutes later and another controvertial incident: Hughes chased a ball down onto the goal line, stopped it on the line then, having gone off the pitch returned to pick up the ball and slot it into the net.

The second half saw RCA dominate proceeding, their passing a movement was sublime, further goals from Hughes and Davis capped a truly wonderful display.

This performance had everyone raving about a great performance. The manager Martin Swales said after the match, "This is the standard that he wants from his players in every game from now on."

Next match is on Monday, Sunderland West End at Hebburn Sports Ground, 6.30pm kick off.