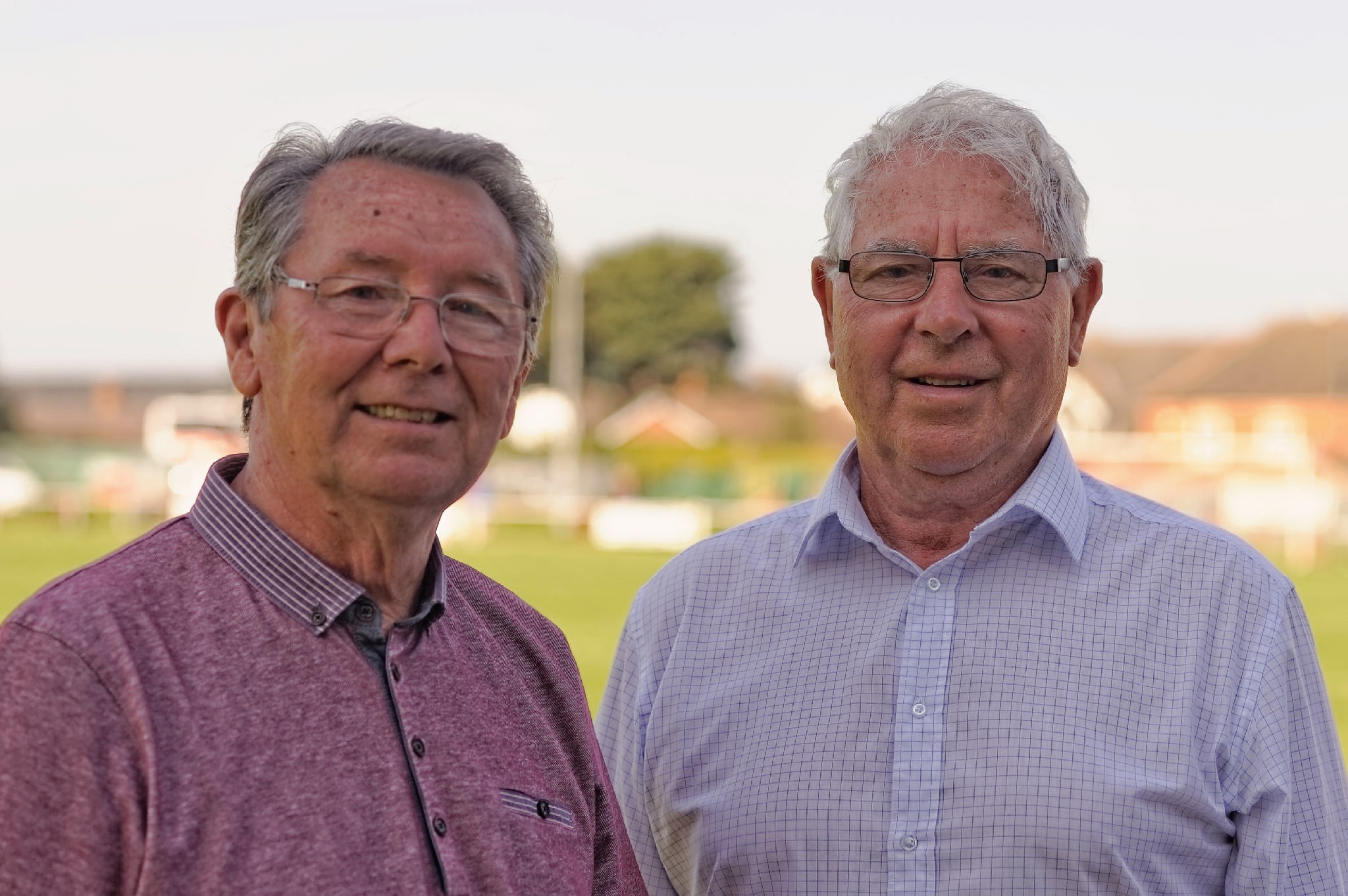 On Monday, 28 October, Sunderland RCA meet near neighbours Ryhope CW for the third time this season in the final group match of the Mitre Brooks Mileson Memorial League Cup.

To mark the occasion, here is a short piece focussing on two men who can only be described as legends of football in Ryhope.

Charlie, grandfather of RCA captain Greg Swansbury, played most of his career for Ryhope CW in the Wearside League, throughout the 1960s. In this period the club won four league titles, the Sunderland Shipowners Charity Cup, the Monkwearmouth Charity Cup twice and the League Cup.

The Wearside League was not a league below the Northern League as it is nowadays, but it wasn't as strong in depth. However, Ryhope CW had a great record against Northern League clubs, including reaching the First Round Proper of the FA Cup on 9 December 1967. They had already beaten Evenwood Town 6-0, Stanley United 1-0, Durham City 4-3 and finally the mighty Bishop Auckland 4-1 in a replay. The scorer of most of these goals during this incredible cup run and throughout all of Ryhope CW's successes was Charlie.

Joe said this of Charlie: “He was my all time favourite goal scorer in local football. In his Ryhope CW days there was no one to touch him. He was tremendously strong and could shield the ball from the biggest defenders. His finishing was deadly and in the 1963-64 season for Ryhope CW he scored 42 goals in only 36 games. Into his 30's he thought he might be getting past his best and wanted a new challenge so he moved to Horden CW and in the 1971-72 season he scored 54 goals in just 32 games. Past his best? I don't think so. Absolutely incredible.

I did get the honour of playing alongside Charlie for Silksworth CW in the 1975-76 season after the 'CA had folded. He was about 37 at the time and you might expect him to be well past his peak, but no, he was still scoring goals with ease. In fact, he scored four of the six goals in a win against Gateshead Reserves. I managed to score one. Charlie was, and still is, a class act and I'm proud to say he's a good friend.”

Joe was very much involved in RCA’s formation way back in 1963. He played and scored in the club’s first ever game in the Seaham & District League in 1963 and was still scoring goals in his last season 1978-79 in the Northern Alliance. He is the only player to have played in the first season in each of the clubs first three leagues.

In both the 1968-69 and 1969-70 seasons, he was selected to represent and captain the Seaham & District league side. At the end of the successful 1969-70 season the club applied to join the Houghton & District League. Shortly after the application was accepted the manager, secretary and a committee member declared they were unavailable that season. With no one willing to take on the role of secretary, as a last desperate measure, Joe took on the role to stop the club, he helped form, from folding and losing its home ground, the Ryhope Recreation Park, it shared with Ryhope CW.

The Houghton League was strong: In the 1973-74 season it took Shildon two matches and then extra time before they beat the 'CA in a Durham Challenge Cup match and the 'CA were only league runners up that season. All of the club’s success in the Seaham and Houghton leagues, four league titles and nine cup wins, were during the club's 10 seasons playing its home games at Ryhope CW’s Recreation Park Ground. Joe played in some 410 games and scored approx. 510 goals in his ‘CA career which included 85 goals in 48 games in the 1972-73 season, and 72 in 43 games in the 1969-70 season. A remarkable scoring record.

*thanks very much to Joe for providing the information about his and Charlie's playing days.

I don't remember ever seeing Joe play but that Charlie Grose fella was difficult for defenders to mark, mind, like herding cats, you never knew which way he was going to turn.

As Keith says, a great read and insight into the history of the two clubs. Thanks Simon and Joe for the article.