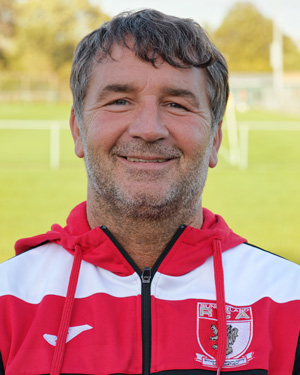 The game today takes on a different meaning after the tragic loss of Richie Jordan, who played for both clubs and there’ are many close connections from both RCA and CW committees, management, players and supporters. A tragic loss and once again, from everyone connected with both clubs, our condolences go out to Richie’s family and friends at this sad time.

We would like to welcome everyone back to the newly named Sunderland LGV Park and thank you for your continued support going into the 2019/20 season. A lot of people have been asking what the plans are for this campaign. In previous seasons the answer might have been “a good Vase run and finish third or fourth.” Now it’s confirmed that there are three promoted, we still want the Vase, a good FA Cup run, silverware in any shape or form, but our main aim is to get the club promoted, not second or third, but to win the league. Admittedly, a big ask, yet something we all want and we all believe it’s achieveable. Our first priority was to keep the players we already have and then build from there. Unfortunately we lost Luke Page to Dunston and Jordan Lavery to Shildon, both big players for us last season and a bit of a blow to our plans.

We had loads of interest for the likes of Swanna, Ross Preston, Dylan, Nath, Callen etc, players who would walk into any team in the league, players we needed to keep if we wanted to be successful and that’s what we’ve done: kept a great squad together and a great set of lads. We value the effort and commitment of everyone of our lads who have performed brilliantly over the past few seasons and with the addition of keeper Robbie Dean and young Kieron Ezard, we are confident we can push on again this season. We’ve also brought in three youngsters in Lewis Green, Max Allan and Henry Dorward, who have really impressed in pre season. We also have a couple of other ‘irons in the fire,’ so watch this space. First and foremost though, we need to keep faith with the lads we have, a fully fit and hungry group of players who deserve some success in what will be a tough season.

So as it stands we’ve had two tough games, a 2-1 home win against North Shields and the same result away from home against Guisborough Town. Two games in which the lads came from behind and battled right to the end and showed the quality we have throughout. A good start and hopefully we can build on that and take into the league game with Ryhope CW next Wednesday. First up though, we welcome our neighbours in the Emirates FA Cup, who, unbelievably, we were drawn against last year in the same round. Always a tough game against our neighbours and I’m sure it will be an entertaining match.