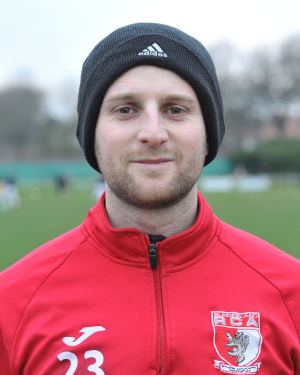 4 - Best moment in football - Winning the All England Cup at Ewood Park and scoring a bullet.

5 - Best goal scored - Don’t score many cos I like to give the other lads a chance, but I’d say either my goal at Ewood in the final or playing for Hebburn against Newcastle Benfield, taking on four players and slotting it bottom corner.

7 - Best and worst in training - Would have been Pocks cos he was never there, but worst has to be Swaz when he joins in. Kills which ever team he is on and doesn’t move out of a 10x10 area. Best trainer has to be Swanna! Standard 10/10 winning attitude as he does in a game and puts a shift in.

9 - Best and worst dressed - Haven’t had a night out with the lads yet so a tough one. Going off the little knowledge I have, Swaz worst dressed cos he dresses like he is 18 again. Best dressed will probably be me, but we will have to wait for the next night out.

10 - Favourite player at RCA - Swanna, played with him the most out of all the lads at Washington and Plains Farm, could definitely have played at a higher standard and a great lad! Nothing less than 100% in every game, nee wonder the lad’s more grey than Philly Schofield!