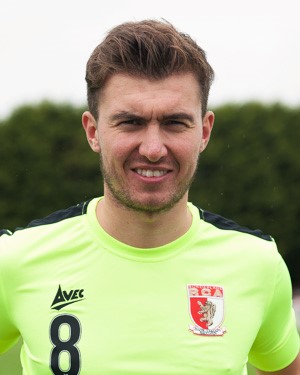 Central midfield or the bench.

Signing professional forms with Sunderland and playing more than seven games in a full season for RCA.

It was a late winner in the FA Vase against Bridlington three years ago for RCA from 50 yards.

The best I’ve played against is Ross Barkley and the best with is Larks.

Best: Pagey
Worst: Clayton can clear a 4g AstroTurf fence so probably him for worst.

Best: Adzy or Mark
Worst: Swaz just argues with himself!

Swanna. He counts as three players on the pitch. Top player.