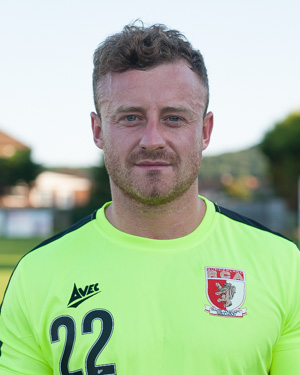 Wig, Wiggy, Baldy or anything else associated with a receding hair line.

Anywhere down the right hand side - or the bench after how I’ve started the season.

Walking out at Meadow Park under lights stood next to Mark Davison - the boy is genius.

Don’t score many, but the one at Dunston wasn’t bad! Someone said the groundsman was last seen on the A1 at Team Valley looking for the pegs.

The best player I’ve played with is probably Grant Leadbitter many moons ago at the academy; even back then you could tell he was always going to make it. He was quality.

Best: Hodge, always 100%.
Worst: Probably me. I forget what colour bib I’ve got on most of the time.

Best: Big Tasty (Adz) - always get a good laugh out of the big fella.
Worst: Pavarotti, The Barrel, The Dumper Truck, Kebab Legs aka Swaz! He gets hammered and his come backs are woeful! I spend most my time cringing at them!

Best: Don’t think many get ready with the lights on to be fair, but if I had to pick one I’d pick Army, he always scrubs well on nights out.
Worst: Swaz! That tweed waist coat and blazer isn’t off his back! I think he went to the tailor and asked him to stitch it on! And it’s rotten.

There’s a few I like! Swanna, Ross, Shaggy (Pagey). But got to go for Colin Larkin, even though he gets his bus pass next month he’s on another level! Just like them shirts he turns out in on team nights out.