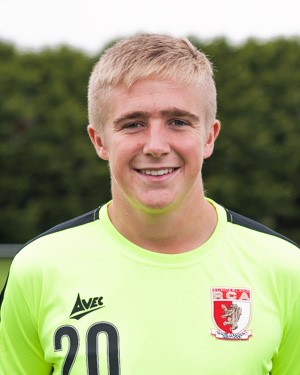 It has to be my five day trip to Paris for a European tournament with Sunderland u12s. It was a great experience.

This is a hard one, I’ve scored some screamers, but a 25 yarder on the half volley into the top right stanch against Chesterfield u18s has to be my best. The stanch still hasn’t been fixed!

6 - Best players you’ve played with and against

With - has to be Billy Painter, his touch and awareness were top draw
Against - it’s got to be Fabio Borini, his movement and touch were class.

7 - Best and worst in training

Best - I’d say Swanna, who never stops working hard and has some tricks up his sleeve
Worst - got to be Adzey, if the ball's not at his feet he’s not moving for it.

Best - has to be Adzey and Pagey their craic is top draw
Worst - 100% Swaz and I'm sure the lads will agree!

Best - Apart from myself, I would say A&R Security* - they both scrub up well
Worst - Swaz’s turn-ups are bad, but Swanna's Del Boy coat is up with the worst I’ve seen.

Hard one for me coz I have a few, but has to be the Ginger Yaya (Pagey) who does all the dirty work and I do the quality! I'm also a big fan of Hodgey, who’s a top lad and his work rate is quality.