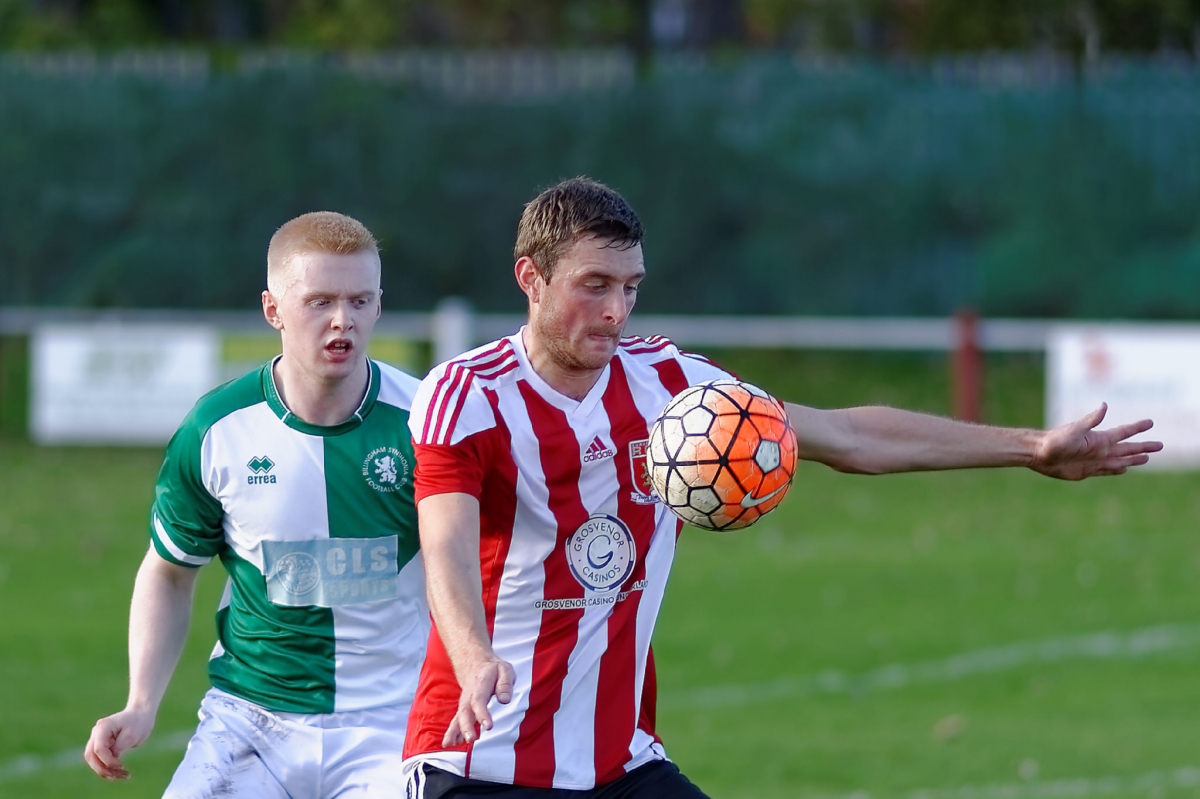 Nathan O'Neill got RCA off to the perfect start from the penalty spot.

On non-league day, Sunderland RCA welcomed Billingham Synthonia to Meadow Park for an important Northern League match for both sides.

RCA got the match off to a strong start, forcing a corner in the 5th minute after a good move down the right. From McGuinness’ corner, Hodgson gained possession and, back to goal, was tripped and the referee pointed to the spot. O'Neill stepped up and slammed in the spot kick. Nathan doesn't mess around when it comes to penalties! Four minutes later and Synners won a free-kick for a foul on Hassan - Jewson curled a 25-yard effort just wide of Bussey’s right post. A further five minutes on and a clearance by Beblowski was flicked on by Edwards to Hassan, whose cross was met by Jewson but his shot was straight at Bussey.

In the 18th minute, Cassidy controlled a super cross field pass on the left wing before driving towards the edge of the penalty area and firing a right foot shot over the crossbar. One minute later and RCA produced a super move - Larkin made a good run down the right before playing in Noble, whose cross was fired towards goal by O'Neill on the volley and was blocked and cleared. And a further minute later, Page made a terrific driving run through central midfield before playing the ball to O'Neill, whose shot on the turn sailed over the crossbar. In the 27th minute, Edwards fired in a shot wide from the edge of the penalty area. Four minutes later and RCA doubled their lead - Charlton made a determined run down the right and forced a corner. McGuinness whipped in the corner kick and Page steered a terrific diving header into the net at the front post. In the 38th minute, Synners won a free-kick for foul on Hassan by Preston. Jewson’s free-kick was lifted over the crossbar by Hassan in the penalty area.

Synners got off to a better start in the second half, forcing a couple of early free-kicks - in the 48th minute, Edwards’ free-kick into the penalty area was headed clear by Page. And four minutes later, Kelly clipped a lovely ball in and Jewson’s shot was blocked for a corner which was cleared. In the 58th minute, RCA got a third goal to effectively seal the match - a long ball forward bounced and Cassidy, a defender, and Beblowski, all went for the ball, which appeared to hit the defender on its way toward goal, where Larkin was on hand to apply the finishing touch on the goal line. Three minutes later and RCA were awarded a free-kick for a foul after McGuinness was tripped making a driving run through midfield. Elliott's free-kick was cleared for a corner, from which, Preston flicked the ball over the crossbar at the front post.

In the 65th minute, RCA made a triple substitution, with Stephen Callen, Clayton Davis and Jonathan Davis replacing Colin Larkin, Dylan Elliott and James Cassidy. Six minutes later and substitute Travers fired in a shot that was saved by Bussey at his front post after good work down the right. In the 77th minute, Charlton was released in on goal but his shot was well saved by Beblowski - Charlton was first to the loose ball on the byline, and pulled the ball back to O'Neill, whose shot was sliced over the crossbar. Six minutes later and RCA got a fourth with the goal of the match - Hodgson brought the ball out of defence and played a beautifully weighted ball up to Callen, who controlled superbly before squaring the ball to Noble, who, from an angle and just outside the penalty area, unleashed an absolute thunderbolt of a shot which flew into the top corner. What a strike! In the final minute of the match RCA were close to a fifth goal as a great cross from the left by McGuinness was headed narrowly wide by Page. And, in stoppage time, a lovely ball over the top put Clayton Davis in on goal, but Beblowski got a hand to the shot and the ball was cleared.

A very good win for RCA this afternoon after suffering five defeats in a row - ironically, RCA’s last win was against Synners at Norton just under a month ago. And a welcome clean sheet too, the first since the 4-0 win at Liversedge in the FA Cup on 5 September. With the injury crisis now beginning to lessen, there is competition for places and strong bench to choose from today too. All good stuff.

Next up for RCA is a trip to Guisborough Town on Saturday, 14 October. Kick-off: 3pm. Hope to see you there supporting the lads.