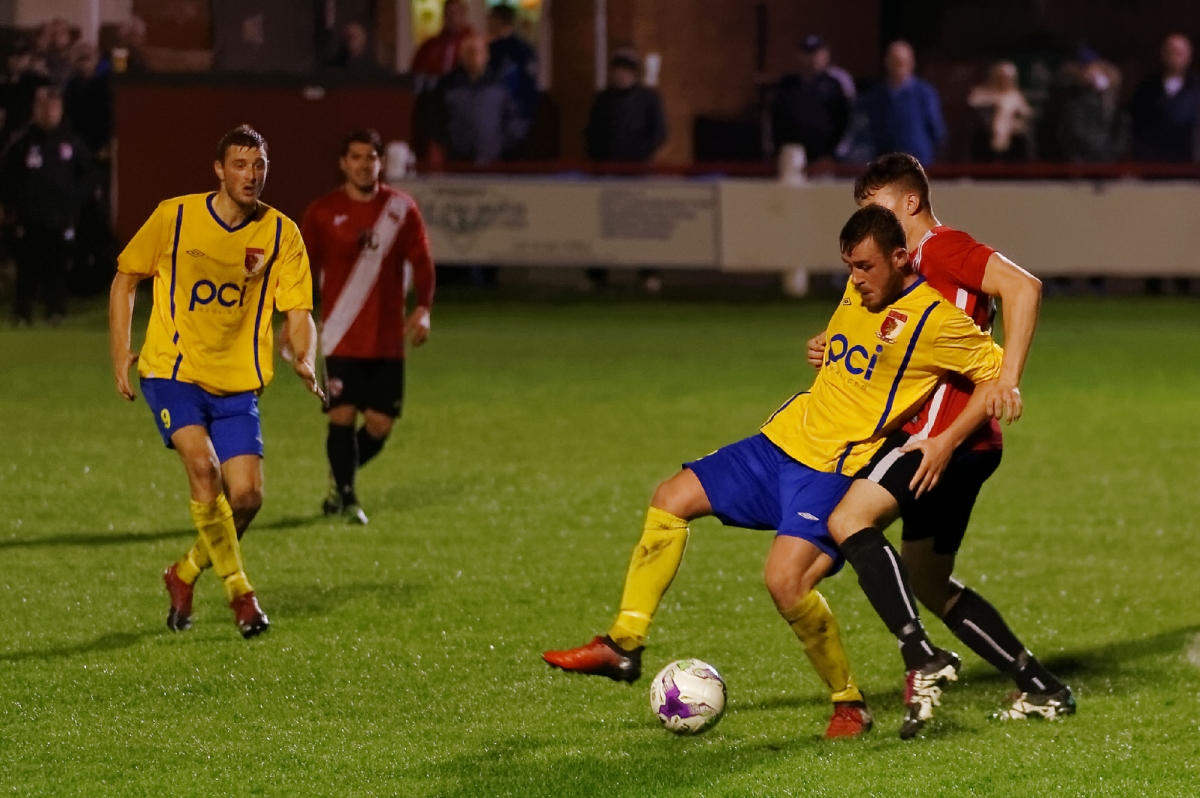 Sunderland RCA were back in Northern League action tonight with a trip to Shildon.

Shildon and RCA were two of the three Northern League sides in FA Cup action last Saturday, with contrasting results - Shildon had a superb 1-0 victory over Altrincham, who play two levels higher than Shildon, and, as a result, will make the long trip to Banbury United for the Third Qualifying Round tie. At the same time, RCA lost a close match, 2-0, at Scarborough Athletic but had chances in the match to force a replay.

RCA made one change to the side that lost the FA Cup match at Scarborough on Saturday - RCA captain Greg Swansbury - injured late on at Scarborough - was ruled out, so Colin Larkin moved to centre half to partner Ross Preston. James Cassidy returned on the left, with Stephen Callen moving from the left wing to join Nathan O'Neill up front.

With just two minutes on the clock, RCA had a great chance to open the scoring, after a misplaced backpass was intercepted by O'Neill who fired his shot over the crossbar from the edge of the penalty area. One minute later and RCA were forced into an early substitution after Callen pulled up with an injury and replaced by Luke Richardson, who went up front. In the 11th minute, Noble made a run and then fired a shot over the crossbar from the edge of the penalty area. Three minutes later and Greulich-Smith made a similar run through central midfield and fired a long-range shot wide. One minute later and Cassidy made a good run down the left, before cutting into the penalty area but his cross took a deflection and looped up high into the air and was caught by Liversedge. And in the following minute, Burnicle made a good run but pulled his shot well wide of the post.

In the 20th minute, Shildon took the lead - Greulich-Smith fired in a fierce shot that was blocked by Preston for a corner. From the corner, Greulich-Smith rose unchallenged to head the ball home from six yards. In the 36th minute, Larkin played the ball forward to Page who drove forward before crossing to Richardson, who fired a first-time shot off the base of the post, but the flag was up for offside. Five minutes later and Cassidy made a good run down the left before playing in Elliott who forced a corner. From the corner, the ball was half cleared to Larkin, who was fouled. Elliott's free-kick was flicked towards goal by Richardson but drifted wide. Right on half-time, Shildon doubled their lead - Hodgson, in central midfield, played the ball out to the left to Peacock, who received the ball on the apex of the penalty area, before looking up and curling a super shot into the top, right corner.

It was the home side that had the first attack of the second half as Burnicle cut inside from the left and fired in a shot that was blocked by Preston. In the 53rd minute, RCA had a great chance to gain a foothold in the match - Charlton chased what seemed to be a lost cause and managed to pinch the ball off a Shildon defender on the byline before squaring to O'Neill whose shot went narrowly wide from eight yards. Four minutes later and the dangerous Burnicle, cut in from the right this time, running along the edge of the penalty area before firing in a shot that was saved by Bussey. In the 64th minute, Richardson fired in a shot that was blocked for a corner. From McGuinness’ corner Page sent a header wide.

In the 72nd minute, Ellison was released in on goal but his shot was well blocked by Bussey and the loose ball was cleared. Seven minutes later and Peacock made a good run before playing the ball out to Burnicle whose cross was cleared by Larkin. Two minutes later and Ellison played a terrific ball into Burnicle who pulled his shot across the face of goal and out for a goal kick. RCA immediately went up the other end through Page, who played in Noble, who fired in a cracking 25-yarder that flew just wide. In the 83rd minute, Elliott picked up a throw-in before smartly moving into the penalty area, evading two challenges, and crossing into the danger area but the ball went straight through a crowded penalty area. One minute later and Ellison made a good run down the left to the byline before cutting the ball back to the edge of the penalty area, where Greulich-Smith fired a shot over the crossbar. In the 86th minute, a McGuinness corner was headed towards goal by O'Neill with a super header, but Liversedge got fingertips to the ball to turn it onto the face of the crossbar and the loose ball was cleared. In the final minutes of the match, substitute Coleman received a ball from the left and, from the edge of the penalty area, looked up and finished well across Bussey and into the far corner.

It's fair to say that Shildon are RCA's bogey team in the Northern League, with ten wins in a row now. A very decent performance tonight from RCA, creating numerous chances, but, unfortunately, none were taken which could have changed the course of the match.

Tonight's RCA man of the match was chosen by your correspondent, and I picked Luke Richardson, who came on as a substitute after only three minutes, held the ball up well, created chances, and showed great effort, commitment and attitude, despite playing in the unfamiliar position of centre forward. Well played, Luke!

Next up for RCA is the second installment of the Shildon double-header: Saturday, 23 September at Meadow Park, kick-off 3pm. Our luck has to change against Shildon at some point. Doesn't it? Come along on Saturday to find out.