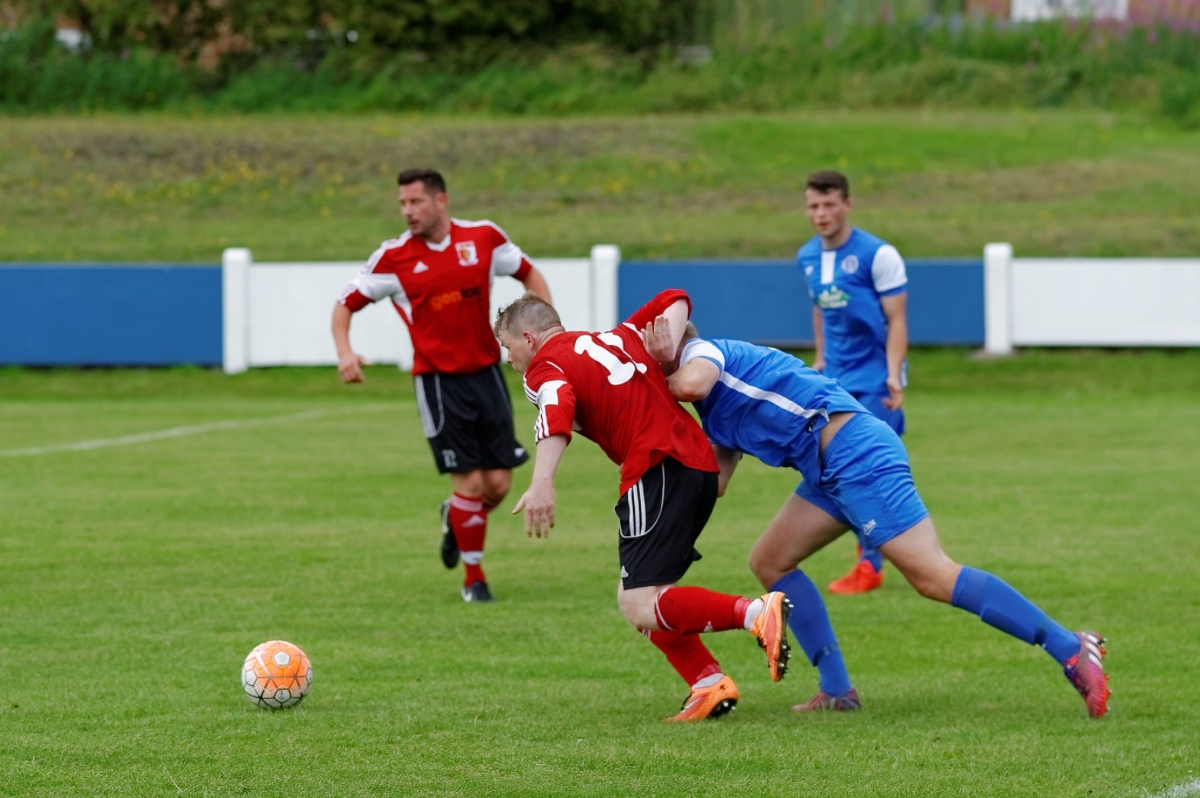 James Cassidy retains possession during the second half of the match. Photograph: Simon Mears.

The match began at a lively pace and there were a few robust challenges in the early exchanges. In the 12th minute RCA took the lead - Callen picked up the ball in midfield and, spotting Larkin's run, threaded a super ball through and Larkin, without breaking stride, lifted the ball over the advancing ‘keeper for his fourth goal of the pre-season. Seven minutes later and RCA doubled their lead. Charlton crossed from the left towards the edge of the penalty area, where Callen, back to goal, took a touch and then turned and fired in a terrific shot that nestled into the corner of the net. Willington then had a couple of shots from the edge of the penalty area that both cleared the crossbar. In the 33rd minute Charlton had a shot comfortably saved. And two minutes Larkin's overhead kick was saved at close range.

Willington were fired up for the second half and took the game to RCA. The home side had plenty of possession without seriously testing Bussey. On the hour mark, however, Willington got a goal back that their second half play had deserved - Lowes picked up a through ball, advanced into the penalty area and around Bussey before side footing the ball past Swansbury and into the net. In the final ten minutes, Larkin was put in on goal but his shot was well saved.

Another good win and another highly competitive match.

Next up for RCA is a trip to Chester-le-Street Town on Tuesday evening, kick-off 7:30pm.