Apologies if this report reads as a little bit unlikely; I was there and I can’t believe it. 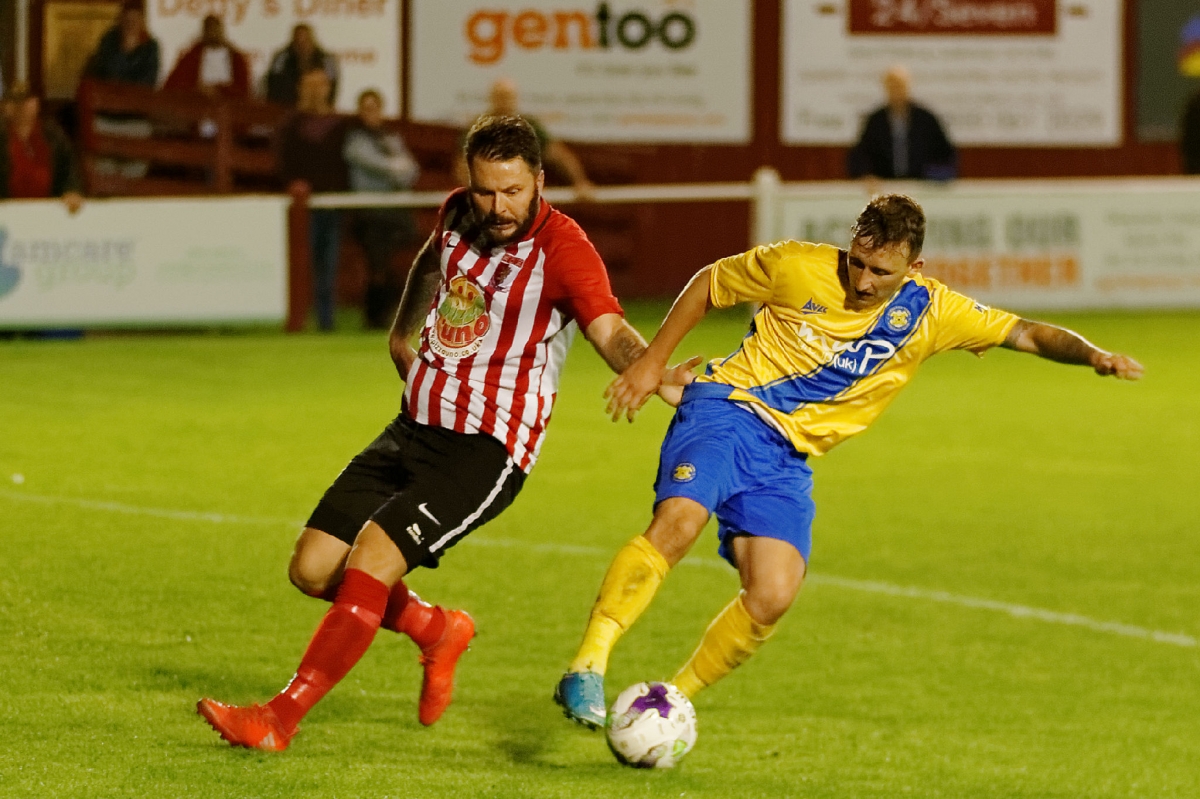 In the corresponding fixture last season, it may be recalled, RCA made wholesale changes to the starting line-up, with one eye on the big Emirates FA Cup tie at Scarborough Athletic. RCA were well beaten, 4-1, by Stockton on the night, as they recorded their first points of the season after being defeated in their opening eight league games. Stockton then went on to have a great season, culminating in a narrow defeat in the FA Vase final at Wembley.

This was a cracking game between two good sides, clever inventive football, good strikes on goal, powerful challenges and top quality defending; and then a weird ending.

The game kicked off in a blustery wind and was immediately being played at a breathtaking pace. Dunston had the better of the early exchanges playing up the slope and into the breeze, which maybe allowed for more controlled football. The game was played mostly in midfield for the first quarter of an hour, and neither goalkeeper was seriously troubled. In the 16th minute a good move from RCA, as they finally got their passing together, ended with a super Colin Larkin strike which rattled the crossbar. Dunston responded with sustained pressure for a long period, and a number of corners and free kicks enabled them to get dangerous balls into the box, which were mostly dealt with confidently by RCA central defenders Craig Hodgson and Ross Preston and goalkeeper Scott Pocklington. As the half hour was reached RCA began to get more of a grip on the game with Clayton Davis looking dangerous running hard down the right and Dylan Elliott and Luke Page getting their foot on the ball and able to get better passes out wide and into their front men. In the 34th minute, though, Dunston might well have scored as a clever free kick from the corner of the box skimmed the cross bar. 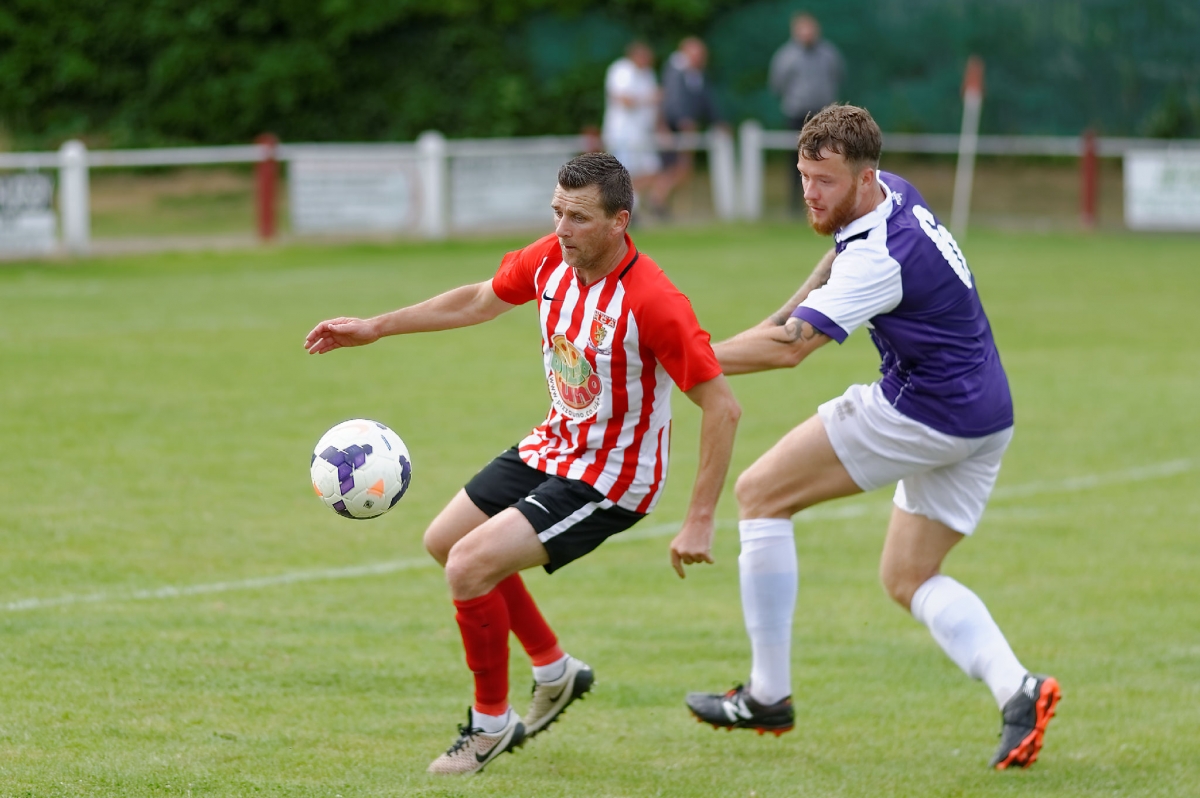 There’s nothing quite like The Emirates FA Cup for stirring up memories of past matches - three spring to mind for me: the first FA Cup match l attended was at my beloved Roker Park, standing in the Roker End on 14 November 1987 to see Sunderland's 2-0 First Round victory over Darlington, with Paul Atkinson grabbing both goals. The second was the FA Cup Semi-Final at Hillsborough on 5 April 1992 when Sunderland beat Norwich City, 1-0, with a goal from John Byrne after a lovely move. And last, but definitely not least, was the match played a few weeks before the Norwich City game, when Sunderland beat Chelsea at Roker Park in a Sixth Round replay on 18 March 1992 thanks to goals from Peter Davenport and a magnificent late header from Gordon Armstrong. I stood in the Fulwell End that night and the atmosphere was absolutely electric, as 26,000 fans sounded more like 86,000! Floodlit matches at Roker were special.

Today's match will create its own memories as it is the first time that Sunderland RCA and Ryhope Colliery Welfare have met in The Emirates FA Cup.

Both sides went into the match with a good away win and a disappointing home defeat in their two Northern League matches so far this season. 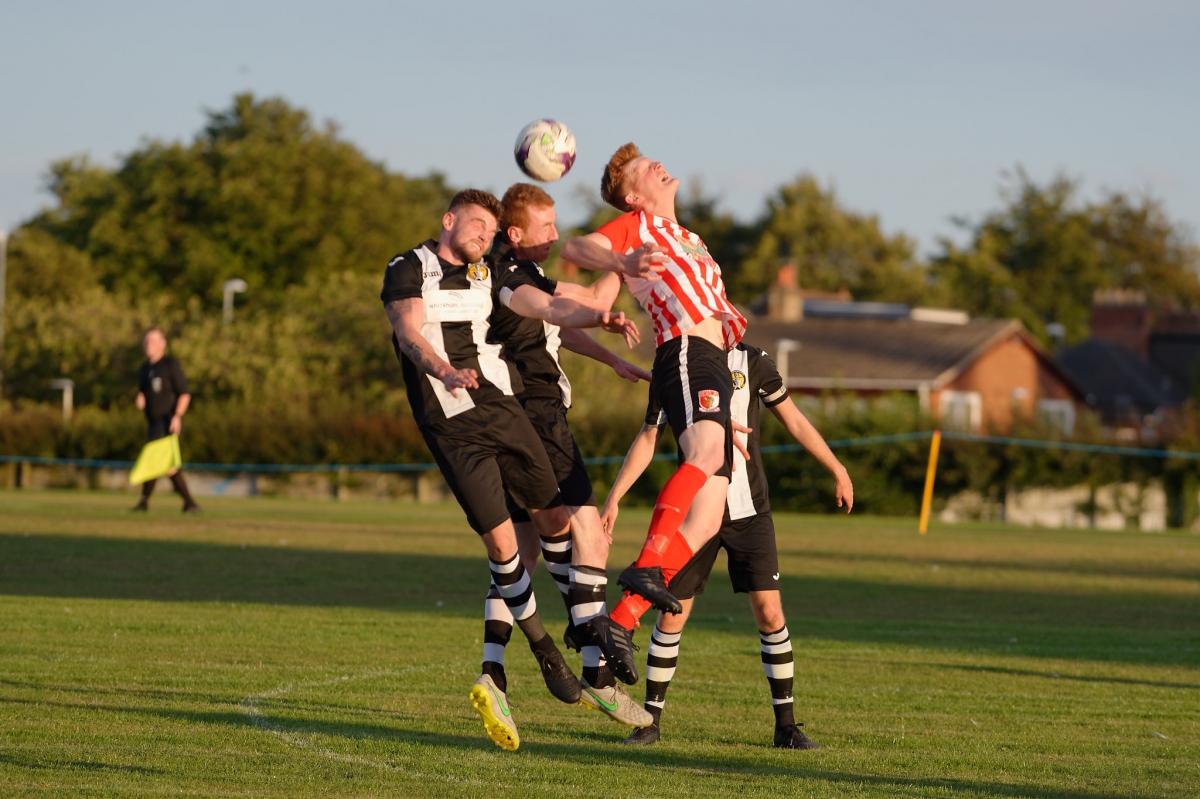 Luke Page rises high in typically dynamic fashion. (More photos from the match here, where the photographer has been distracted by the Whickham sunset.)

This was a match - far from a classic, to put it politely - where RCA deservedly came out on top, but were challenged by a determined and physical Whickham side. The home team had good openings to both halves of the match. RCA captain Greg Swansbury and his central defensive partner (later right back), Sam Lilley were both singled out for praise by manager Martin Swales, along with Stephen Callen, who after scoring a goal in each half, frustratingly missed out on a hat trick in added time. I would also mention Luke Page, who played number 10 before dropping back to a more familiar midfield position after RCA's second goal, for a typically dynamic performance. There was some discussion of whether it was Luke or Adam McGuinness who scored RCA's third, but RCA secretary Chris Lowther was on hand to say it was Page's goal. 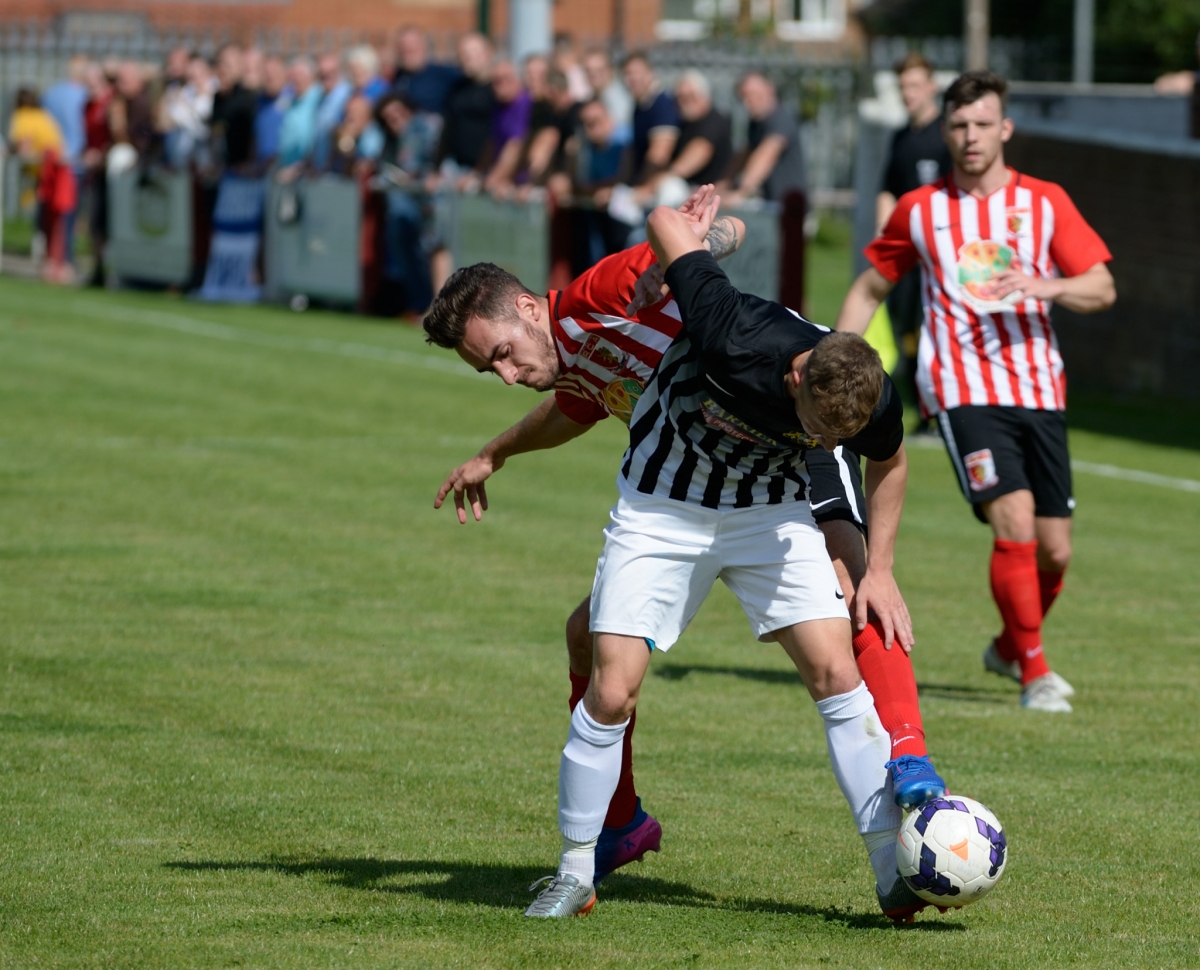 The start of today’s match was overshadowed when RCA’s new goalkeeping coach Lenny French was taken ill with a suspected heart attack. An ambulance attended and Lenny was taken to hospital where successful surgery was performed. We understand that Lenny is now recovering and he sends his thanks to all who supported him at the ground. We all wish him the very best. 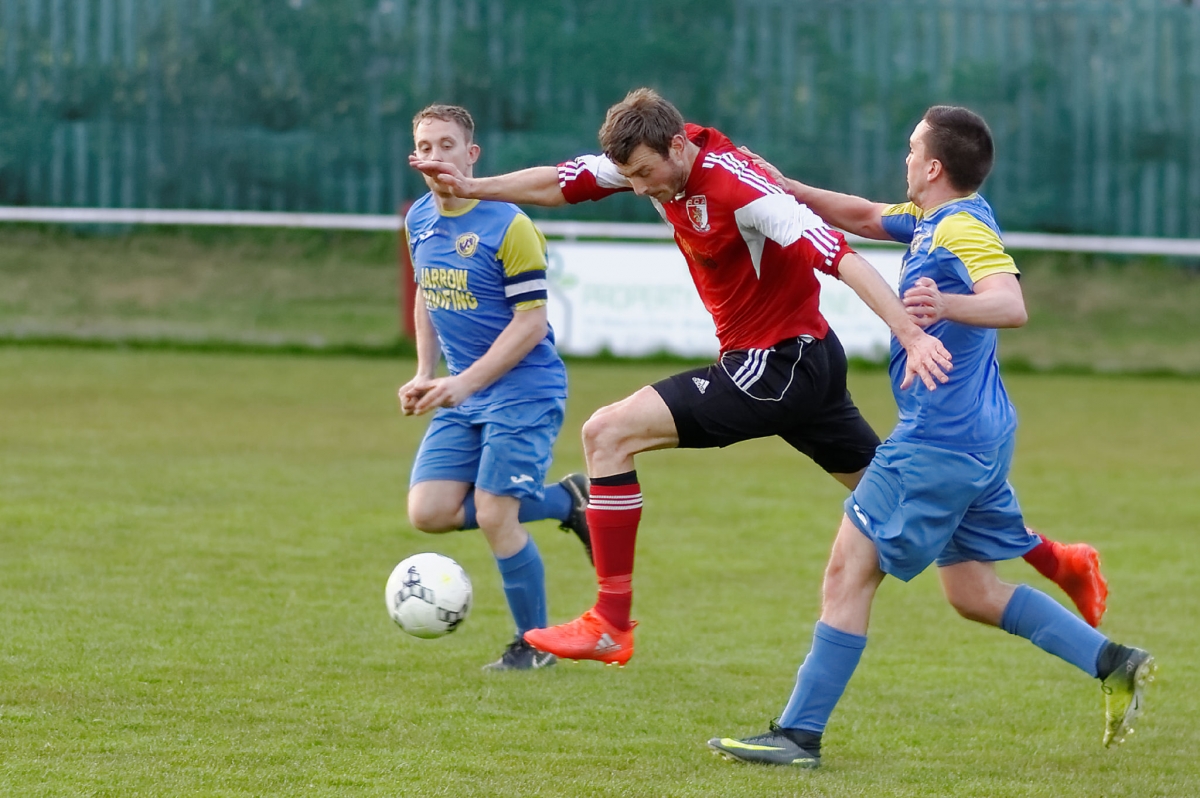 Sunderland RCA went into tonight's match with Jarrow Roofing knowing that a win would guarantee fourth-place and would equal RCA’s best ever Northern League finish.

RCA again made one change to the side that won at Newton Aycliffe last night, with Stephen Callen returning in place of Colin Larkin. 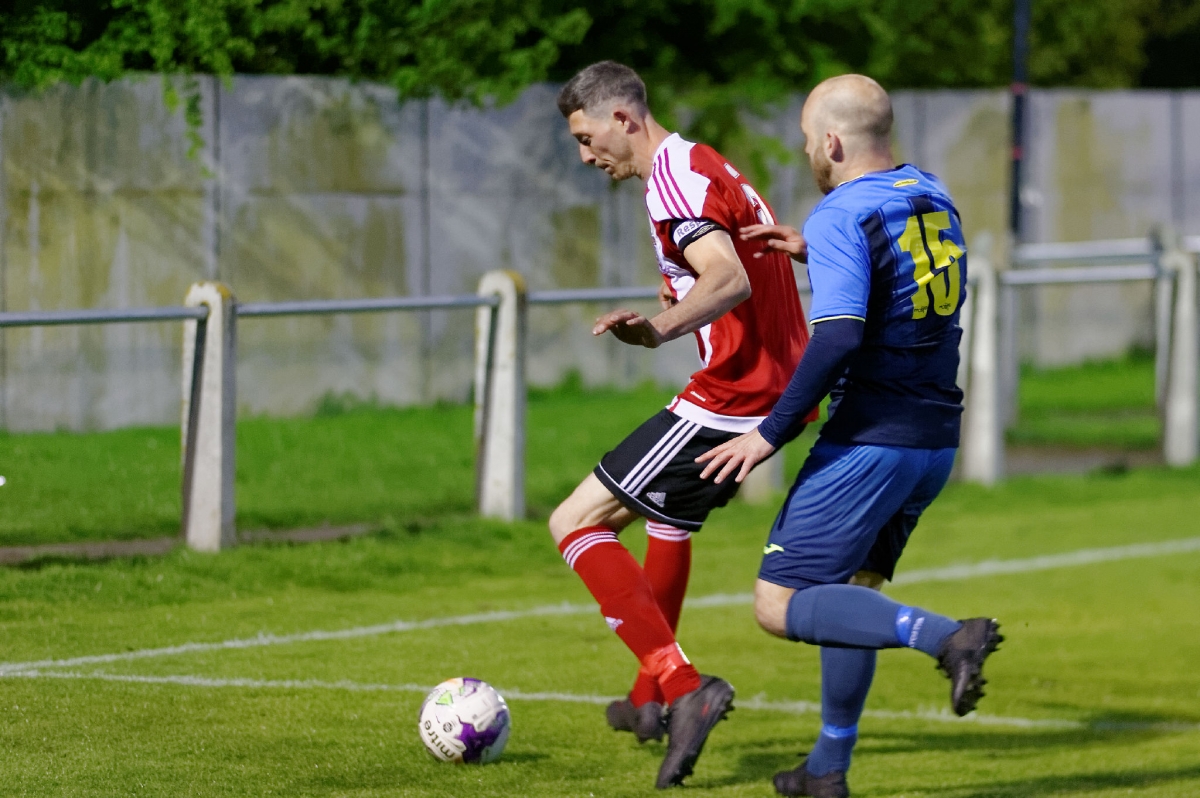 RCA captain Greg Swansbury sees the ball out of play late in the match, recording a third successive clean sheet.

Sunderland RCA travelled to Newton Aycliffe tonight knowing that wins tonight and at home to Jarrow Roofing on Thursday would guarantee a fourth-place finish.

RCA made one change to the side that hammered Bishop Auckland on Monday night, with Colin Larkin replacing Stephen Callen. 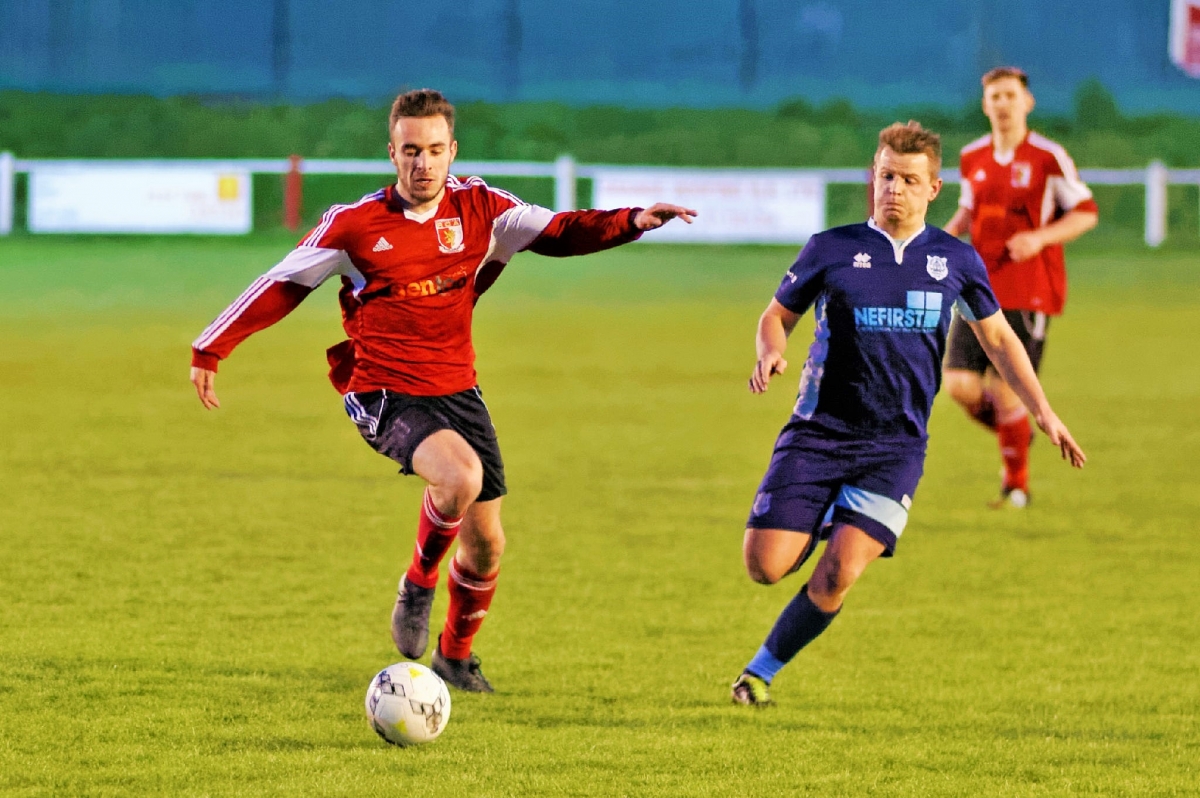 For Peter Jackson's photos from the match please click here.

With a fourth-place finish in the league still within reach, Sunderland RCA went into tonight's home game with Bishop Auckland with plenty to play for in this busy final week of the season.

Scott Pocklington returned in goal, replacing Keith Finch, in RCA's only change to the side that beat Guisborough Town on Saturday. 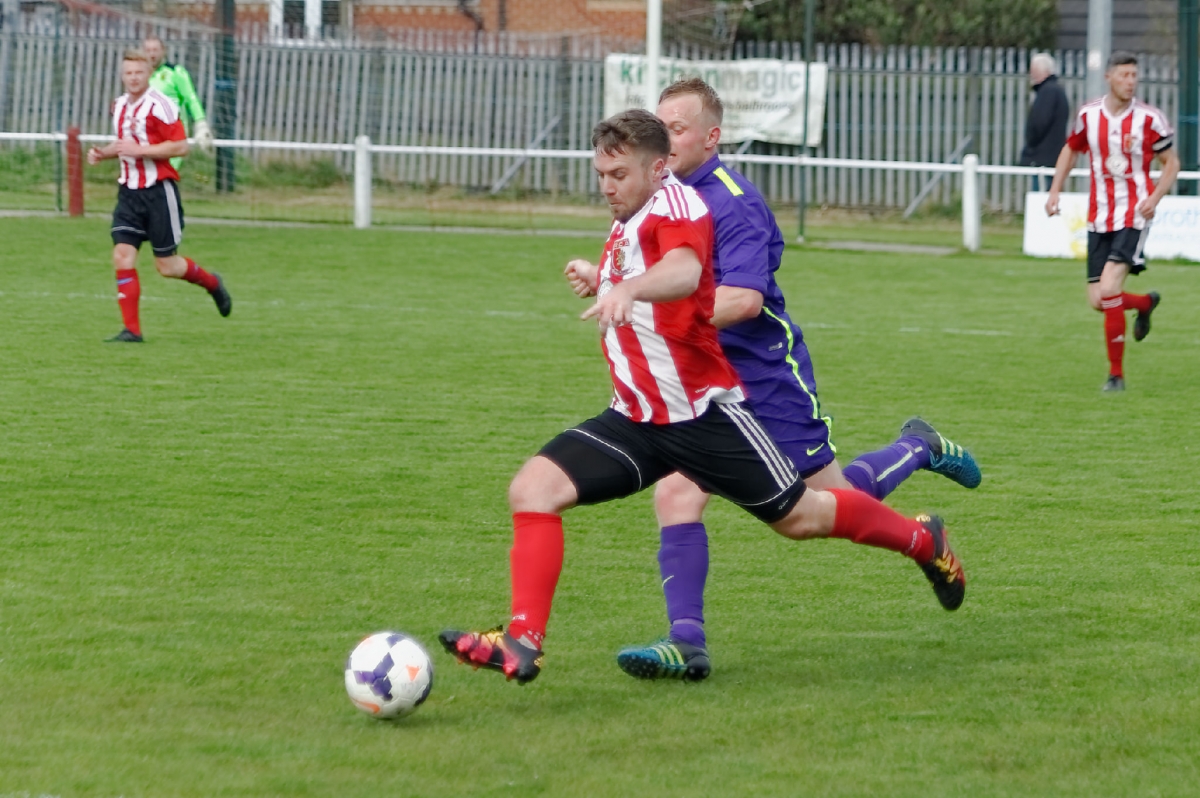 Guisborough Town were the visitors to Meadow Park for this afternoon's Northern League match.

RCA made one change to the side that drew a cracking match at Morpeth on Thursday - Ross Preston returned to the side in place of Colin Larkin, with Craig Hodgson moved back into central midfield and Luke Page switched from midfield to play up front alongside Nathan O'Neill.